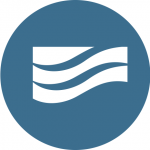 Wauwatosa, Wis. – 1/14/21 – WaterStone Bank announced that it will donate a total of $100,000 back into the local community this year as part of its 100 Year Anniversary Giving Campaign.

The $100,000 donation will be split among five local nonprofits. The five nonprofits will be selected by the WaterStone Bank Foundation based on nominations received from the community.

“For 100 years WaterStone Bank has been a strong supporter of the local community,” said Doug Gordon, President/CEO of WaterStone Bank. “This Giving Campaign is another opportunity to thank our local nonprofits for all they do to make our community safe and strong.”

WaterStone Bank seeks nominations from the community to help determine the five nonprofit recipients of the $100,000 donation. Nominations should focus on nonprofits who have made a positive impact on the lives of individuals in the local community. To keep the campaign community-driven, it is encouraged that nominations be submitted on behalf of individuals involved with or supported by nonprofit organizations.

Five nonprofit finalists will be selected and announced to the public in March, with a community voting period to follow in April. Individuals will be able to vote for their favorite finalist each day during the month of April, ultimately determining the final donation amounts for each finalist – first place: $30,000; second place: $25,000; third place: $20,000; fourth place: $15,000; fifth place: $10,000.

Individuals interested in nominating a nonprofit can visit wsbonline.com on Tuesday, January 19 for more details. Nominations for nonprofits will be accepted starting Tuesday, January 19 until February 28, 2021. In order to be eligible for the donation, nominated nonprofits must be 501c3 organizations and headquartered or have a local chapter in Milwaukee, Waukesha, Ozaukee or Washington counties.