FORT ATKINSON, Wis. – The Wisconsin Department of Justice (DOJ) Division of Criminal Investigation (DCI) State Fire Marshal’s Office, with assistance from Fort Atkinson Police Department, is investigating a suspicious death and residential fire that took place on Friday, June 11, 2021. The investigation also involved a statewide AMBER Alert late Friday night that resolved with the safe recovery of the child, shortly after the alert was issued.

Elizabeth M. Durkee, age 36 of Fort Atkinson, has been arrested and charged with first degree intentional homicide, strangulation and suffocation, arson of a building, and multilating a corpse. The criminal complaint and a booking photo are attached. As in any criminal proceeding, Durkee is presumed innocent until proven guilty.

Investigators found the circumstances of the incident suspicious and were concerned for the location and imminent safety of a child that resided at the home. Law enforcement issued a statewide AMBER Alert. However, an investigative lead resulted in the safe recovery of the child before the alert was sent to wireless phones across the state.

All individuals involved in the incident were known to each other.

This investigation is ongoing. No further information is available at this time.

AGs Across Country Say this Proven, Systemic Solution to Lift Millions of Children Out of Poverty Should be a Priority in Reconciliation Bill 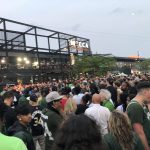