The U.S. Cellular Connection Stage is teaming up with FM106.1, Milwaukee’s Best Country, to introduce a new genre to the stage for Summerfest 2016.

MILWAUKEE, WI (April 22, 2016) – Summerfest officials are thrilled to announce a new partnership that will bring some exciting changes to one of the festival’s favorite stages. The U.S. Cellular Connection Stage is teaming up with FM106.1, Milwaukee’s Best Country, to introduce a new genre to the stage for Summerfest 2016. Primarily focusing on country music, the lineup of headliners for the U.S. Cellular Connection Stage with Leinenkugel’s and FM106.1 includes:

All performers and show times are subject to change.  Please check Summerfest.com for updates.

Additionally, U.S. Cellular is providing five new cell phone charging stations at various locations on the grounds.  Each station accommodates Android and IOS devices and provides Summerfest patrons with a convenient way to recharge quickly and get back to watching their favorite bands.

Visit Summerfest.com to purchase general admission tickets, weekday admission tickets, 3-Day passes and the 11-Day power pass.  Now through April 29 at 11:59 pm CDT, fans can buy a 5-Day Day Pass for $50 when they use the discount code: HA5DAY. Simply add a 5-Day Pass to the shopping cart and apply the discount code at checkout.  This represents a $25 savings and $100 in admission value per 5-Day Pass purchased.

Summerfest 2016 will take place June 29 – July 3 and July 5 – July 10 from noon until midnight and will be closed Monday, July 4.  Following its 1968 debut, Summerfest has evolved into what is now recognized as “The World’s Largest Music Festival” and Milwaukee’s cornerstone summer celebration, bringing the music industry’s hottest stars, emerging talent and local favorites along with approximately 850,000 people from Milwaukee and around the world together each year for an unforgettable live music experience.  During the festival, the spotlight shines on over 800 acts, over 1,000 performances, 11 stages, delectable food and beverages and interactive activities, all in a world-class festival setting.  Patrons can also enjoy Miller Lite, the Official Beer of Summerfest.  For more details, visit Summerfest.com, Facebook.com/summerfest or Twitter: @Summerfest. 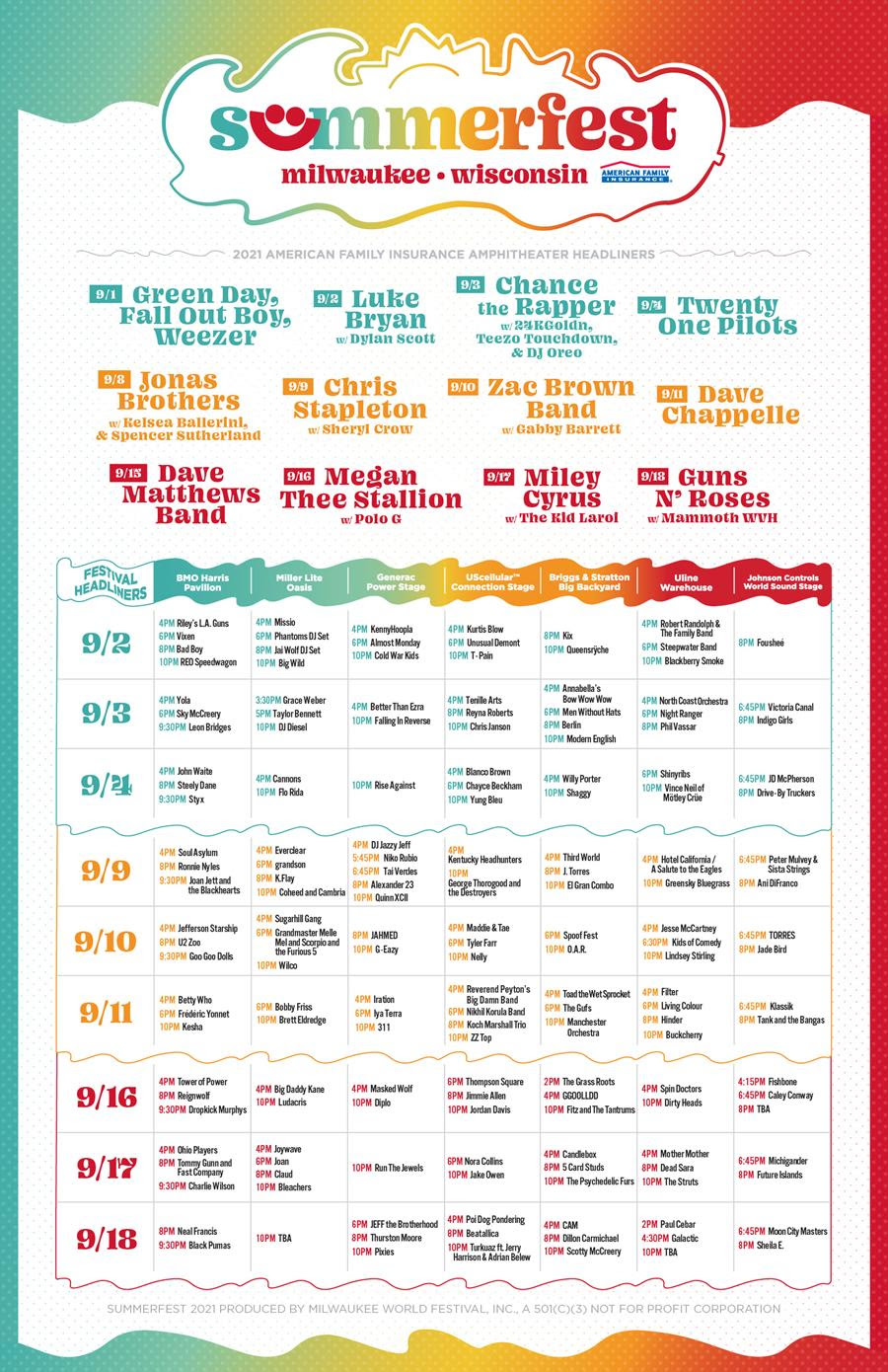