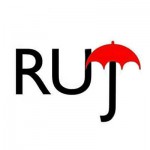 We are extremely concerned that no sex workers were consulted while formulating this proposed ordinance.

Milwaukee, WI – As a sex workers’ rights group in Milwaukee, RUJ is very disappointed to hear that multiple Milwaukee alderpeople have put their support behind a proposed ordinance for the loitering and solicitation of sex workers that will ultimately result in many sex workers being harmed and killed.

We are extremely concerned that no sex workers were consulted while formulating this proposed ordinance. Although publicly shaming and increasing fines for clients may sound helpful in theory, in reality it results in men being more afraid of arrest while still seeking out sex workers. This leads these clients to force us into riskier situations so they can attempt to avoid arrest and the increased penalties.

This ordinance is based on the idea of End Demand laws, which have been implemented in multiple countries and have been shown to increase sex workers’ risks of physical and sexual violence, arrest, and death. On top of this, End Demand laws increase the risk of trafficking among sex workers because we then have to rely on pimps to get us clients.

The ordinance also fails to take any steps to actually address and solve the reasons why many people engage in sex work in the first place – poverty being a large factor. Penalizing clients while not taking steps to actively help sex workers will still leave sex workers in the community with little to no resources and put us at further risk of job loss, homelessness, and hunger.

RUJ asks the Public Safety and Health Committee to reconsider their recommendation to pass this ordinance and in the future we hope that sex workers will be included and centered in conversations on how best to help us.

ABOUT RUJ: RUJ is a sex workers’ rights group run by current and former sex workers, and allies. RUJ aims to decrease the stigma, discrimination, and other manifestations of oppression towards sex workers in the Milwaukee area through community education and anti-stigma work, harm reduction and self-care education for sex workers, legal education and outreach, and most importantly direct action where needed. RUJ exists to fill a gap in Milwaukee where there are a lack of resources and spaces dedicated to sex workers’ rights that don’t simultaneously view us as trafficked, exploited, victims of society, or as needing to be rescued.