Matador Teams Up with Bars from Visiting Fans Cities

The menu features specials such as “Cys Lemonade” from Wallaby’s in Ames Iowa.

“We have created a game day menu that features both food and drink specials from bars and restaurants in the visiting teams cities” said Sean Pliss, owner of Matador Taco and Tequila Bar.

The Matador marketing team got to work on Sunday night and did research on the schools coming to town and the cities that they reside in. They then reached out to some local bars and restaurants in those cities and tried pulling one special from each of the spots.

“We really wanted to make people feel like they were at home when visiting our city of Milwaukee” said Pliss.

The menu features specials such as “Cys Lemonade” from Wallaby’s in Ames Iowa (Iowa State Cyclones) and the “Gopher Burrito” from Sallys Saloon in Minneapolis Minnesota (Minnesota Gophers). 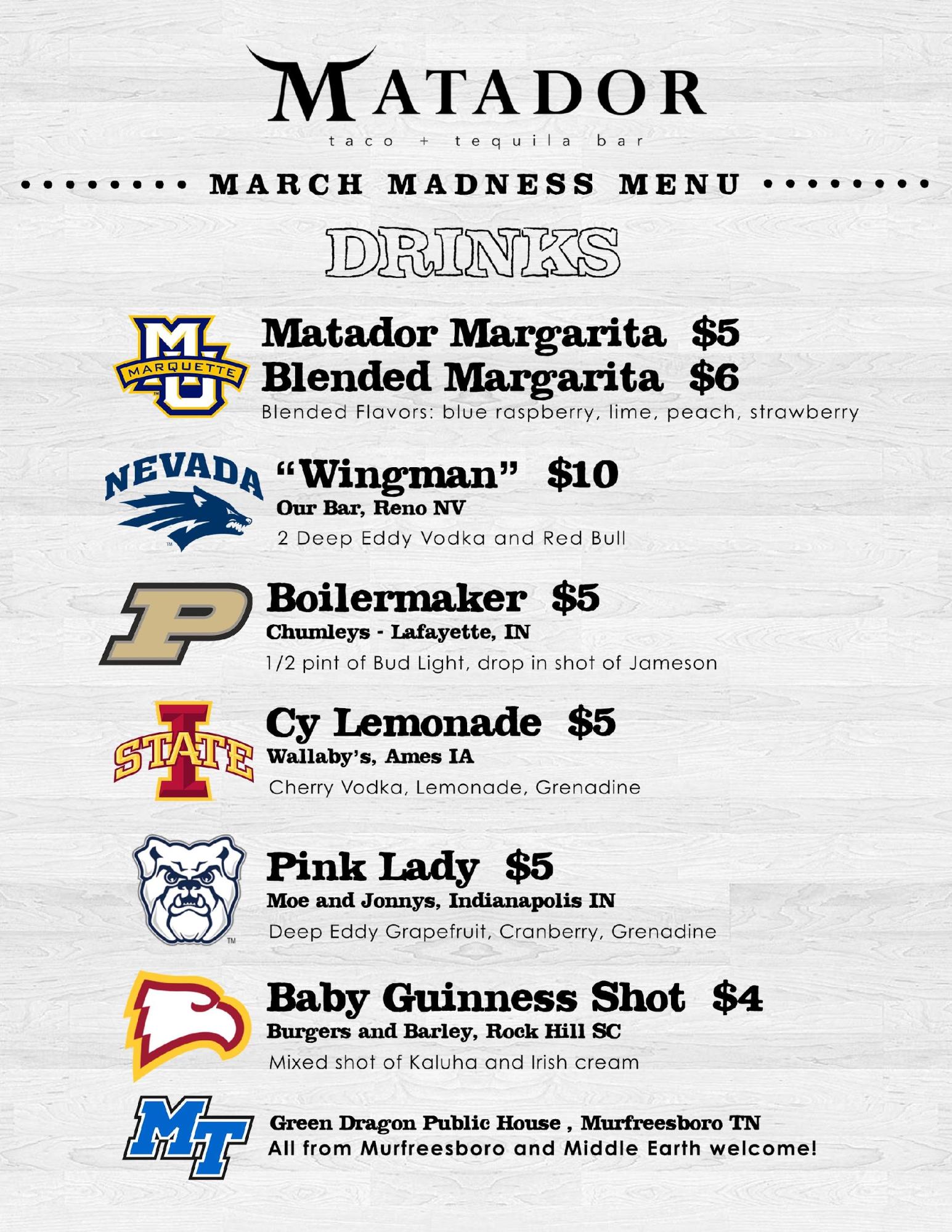 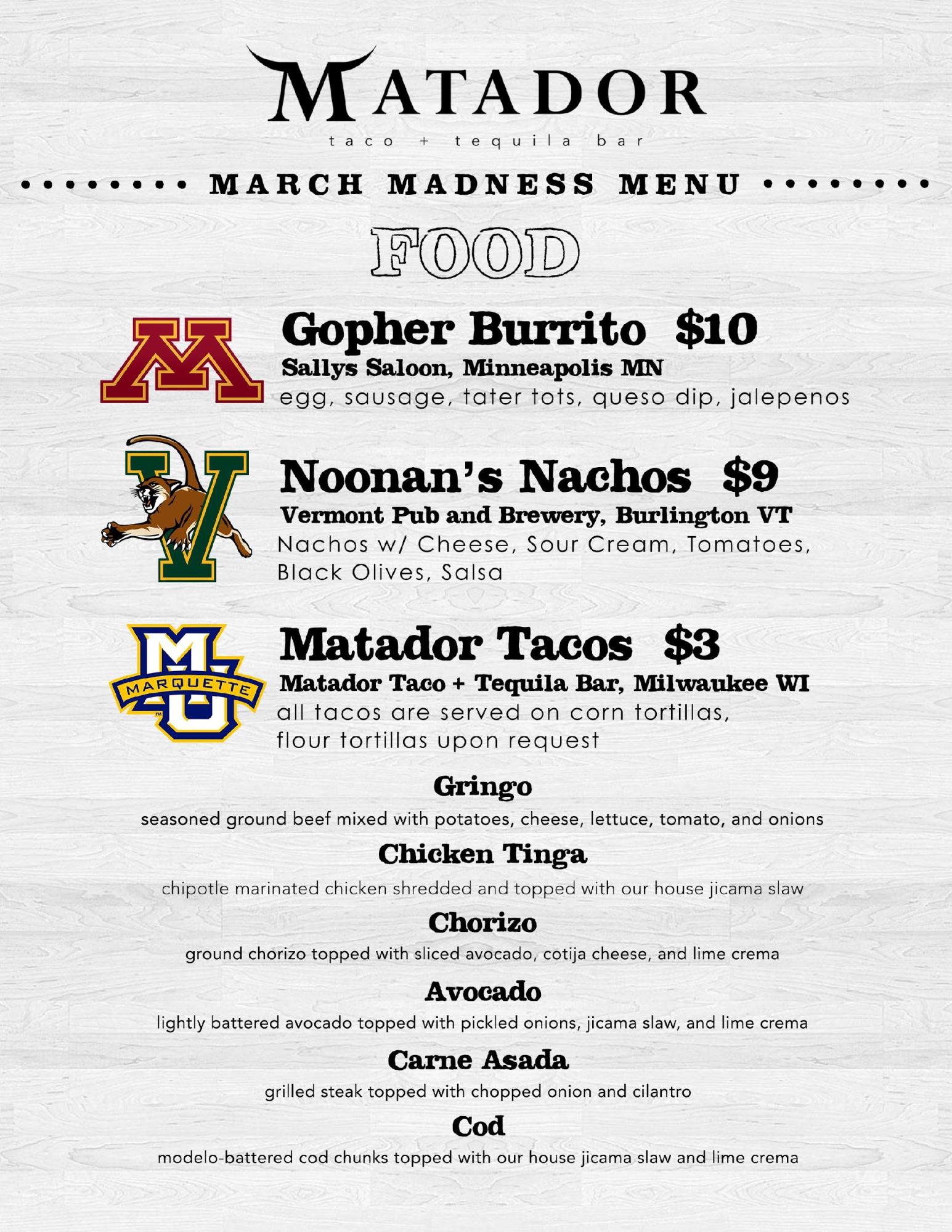