January 6th, 2021 will be remembered as a dark day in U.S. history, as a mob of thugs and looters laid siege to the U.S. Capitol Building, the seat of our government and home to Congress.

The nation watched in disbelief as supporters of President Trump – egged on by him to march on the Capitol after consuming disinformation, conspiracy theories, and lies about nonexistent election fraud and a “stolen” election for months (thanks to his Twitter fingers and his enablers) – broke into the Capitol and ransacked offices and  (briefly) occupied the Senate Chamber.

It was truly scary and appalling to watch these thugs – many of them armed – fill the People’s House with hatred, destruction, violence and a seething and vile air of insurrection. The hallowed rotunda and halls were filled with tear gas and pepper spray as the invaders had time to take selfies and then terrorized frightened members of Congress and their staffs. The siege left dozens of officers injured and four people dead, including a woman who was reportedly shot by officers inside the building. The law enforcement and security officers scuffled with the thugs but were clearly outnumbered.

Members of Congress who had gathered to certify the Electoral Votes from each state were whisked away, and some members and staff then sheltered in place in their offices in fear of what might happen next, some texting or calling loved ones to let them know they were OK and to tell them they loved them.

We are stunned that the Capitol Police were not adequately prepared for the possibility that mobs would try to enter the building to disrupt the proceedings. We are confident that Congress will investigate how this happened, and how it can be prevented from happening again.

The weak response of law enforcement and the seeming ease with which the rioters were able to breach the Capitol was not lost on many. We remember the helicopters and the military response to the Black Lives Matter protests last summer in Washington, D.C., and how thousands of soldiers and officers lined the steps of the Capitol and other buildings and landmarks.

The polar opposite treatment of the protesters and these rioters by law enforcement is stark, disturbing, and unjust. Additionally, the BLM protests in the nation’s capital and across the U.S. were generally peaceful, and none with the death count from yesterday.

We also remember well how hundreds of peaceful protesters were forcefully removed – some even dragged from wheelchairs – by Capitol Police as they gathered in 2017 inside the Capitol to air their feelings about cuts to Obamacare and other programs in the American Health Care Act of the 115th Congress.

Why was there not the same vigorous response and preparedness level yesterday?

Last, it should be noted that the historic acts of insurrection and violence we witnessed yesterday did not happen in a vacuum – they were stoked and incited by President Trump, and he must be held accountable.

We urge Vice President Pence and the cabinet to invoke the 25th Amendment to remove President Trump from office, in order to help prevent further violence or illegal acts during his remaining days in office.

This time the peaceful transfer of power was momentarily interrupted, sadly, but we must resist and fight against similar attacks on our democracy and continue to move forward to create a more perfect union.

Joint Statement on the Passing of Ms. Maria Monreal-Cameron 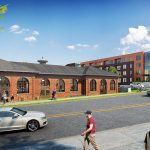