Secretary Ross will begin his new duties at the DOT on January 7, 2017. 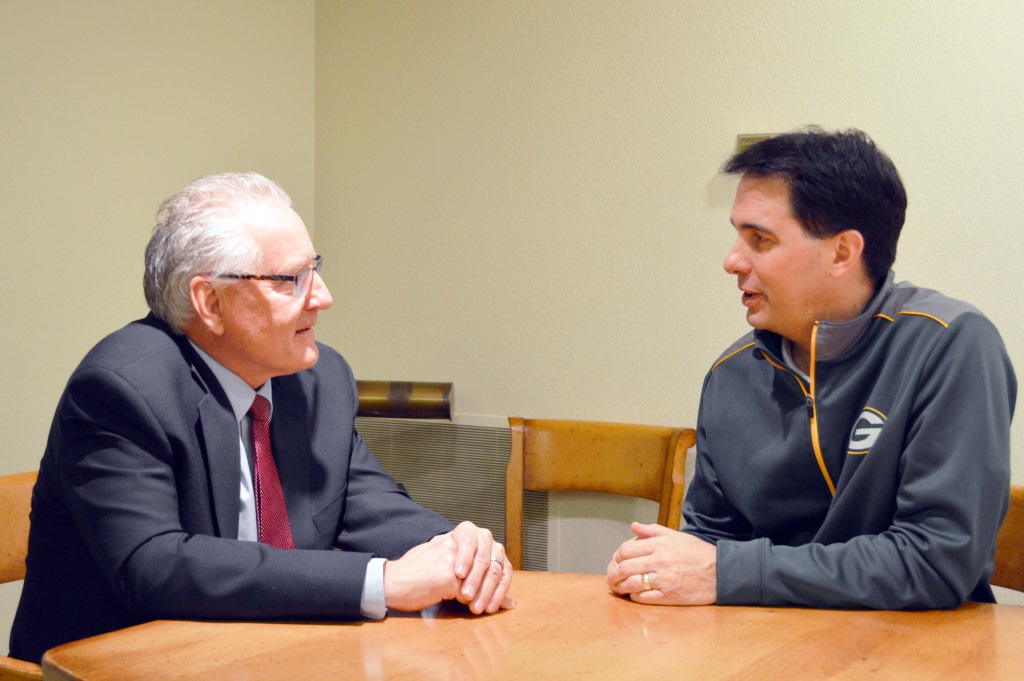 Dave Ross and Scott Walker. Photo from the State of Wisconsin.

Madison – Governor Scott Walker today announced that Department of Safety and Professional Services (DSPS) Secretary Dave Ross will serve as the next secretary of the Department of Transportation (DOT). DOT Secretary Mark Gottlieb offered his resignation to Governor Walker with an effective date of January 6, 2017.

“Dave Ross has been an outstanding leader for our administration at the DSPS since 2011,” Governor Walker said. “Dave has always looked to improve the way government operates, and I am confident he will bring the same innovative, taxpayer-first approach to the DOT.”

Prior to joining the administration, Secretary Ross served two terms as the mayor of the City of Superior and was self-employed for more than 20 years in an upholstery business. Born and raised in Superior, Secretary Ross received his Bachelor of Science degree in Communication Arts from the University of Wisconsin-Superior.

“I thank Governor Walker for placing his trust in me to run the DOT,” Secretary Ross said. “I look forward to hitting the ground running and continuing to serve as a strong taxpayer advocate for Governor Walker in this new role.”

Secretary Ross will begin his new duties at the DOT on January 7, 2017.