Serves as Featured Artist for ESPN Promo of US Open Tennis 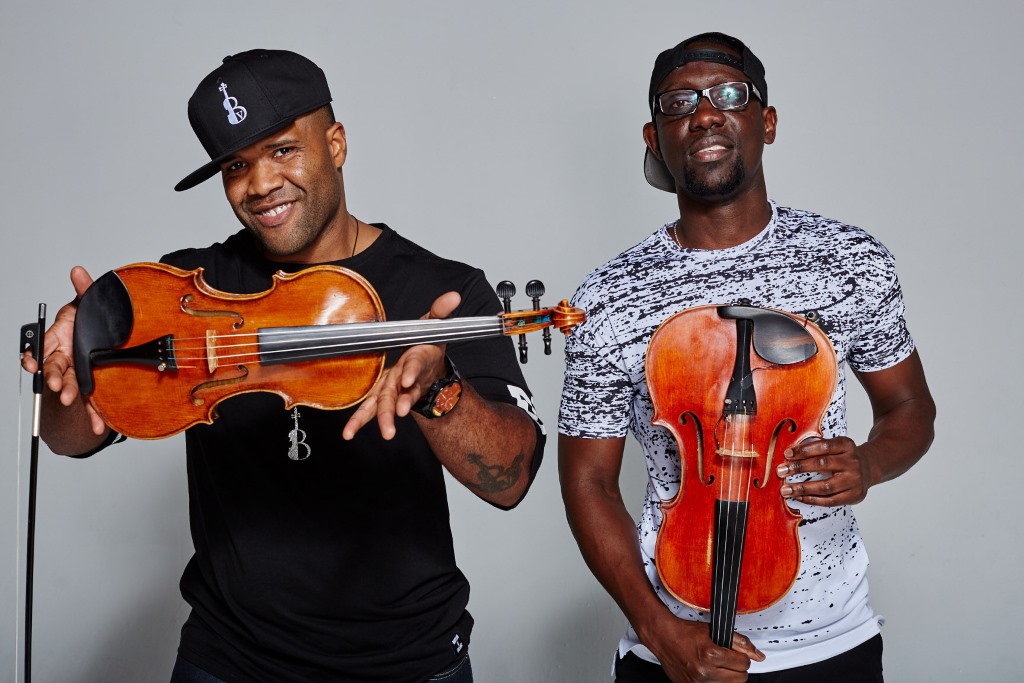 “The duo elicits brilliant music with poignant message for the world.”  — Essence

Black Violin has announced their US Classical Boom Tour, which kicks off on Aug. 23 in Martha’s Vineyard, MA. The 29 market tour is a follow up to the successful Unity tour, which saw 28 sold-out public performances. The tour will make a stop in Milwaukee at the Marcus Center on Saturday, October 28 for one performance only at 7:30 pm. Tickets are currently on sale at the Marcus Center Box Office and can be purchased in person at 929 North Water Street, by phone at 414-273-7206 or online at Ticketmaster.com or MarcusCenter.org. Groups 10 or more including student groups should call Group Sales at 414-273-7121 x201 or x213. This special event is presented by the Marcus Center for the Performing Arts and Black Arts MKE.

Black Violin is currently writing and recording their next studio album, due out in 2018. The band’s most recent record, Stereotypes, debuted at #1 on the Billboard Classical Crossover Chart and #4 on the Billboard R&B Chart. NPR praised the album and band, saying“their music will keep classical music alive for the next generation.”

Black Violin is composed of classically trained violist and violinist Wil B. and Kev Marcus, who combine their classical training and hip-hop influences to create a distinctive multi-genre sound that is often described as “classical boom.” Black Violin has shared stages with top names including Kayne West, Aerosmith and Tom Petty, and has creatively collaborated with the likes of Wu-Tang Clan, Wyclef Jean and Alicia Keys.

The duo composed music for the television series Pitch which debuted on FOX in 2016, in addition to appearances on HBO’s Ballers, The Tonight Show, Travis Smiley Show, The Wendy Williams Show, and The Ellen Show.

In addition to their public concerts, Black Violin has performed for more than 100,000 students in the past 12 months throughout North America and Europe. The band is endorsed by Yamaha Music, and has partnered with the National Association for Music Manufacturers (NAMM) to continue their advocacy for accessible music education.