Team hasn't lost since Brandon Demet released video for 'Bang on the Drum All Day.' 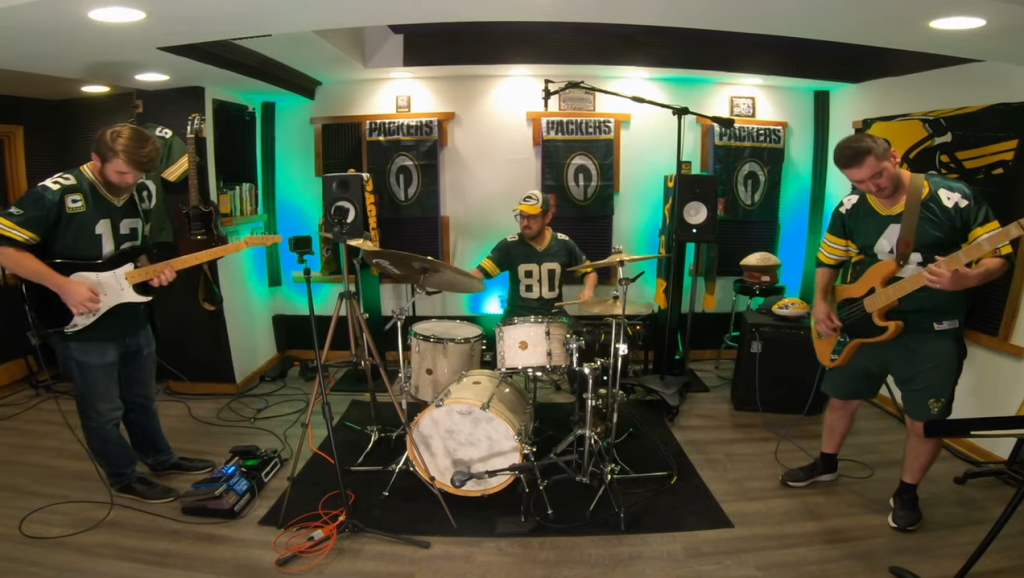 About a month ago, it wouldn’t have felt appropriate to release a song cheering on the Green Bay Packers. Die-hard cheeseheads and casual fans alike would agree that the likelihood of the Packers heading to the NFL playoffs wasn’t very high.

“At least the Bucks are doing well,” they might have said.

Yet here we are, with one game left in the regular season, and the Packers have turned things around and have once again inspired hope within the team’s fans.

One of those fans is Milwaukee singer-songwriter Brendan Demet, who is supporting the Packers’ 2022-2023 season redemption arc by releasing a music video for his Packers-themed song titled “Free Play.” That song was originally released in September, paired with a cover of Todd Rundgren’s “Bang on the Drum All Day” – the celebratory song often heard when the Packers score a touchdown.

Demet is the founder of Riverwest Records, a studio in Milwaukee’s Riverwest neighborhood that got its start broadcasting live streams of bands performing during the COVID-19 pandemic. Since then, the studio has put out an assortment of records, including Demet’s own EP Present Past and the debut album for Milwaukee bassist Ricky Thump. Both “Free Play” and “Bang on the Drum All Day” were recorded live at Riverwest Records in a single take over the course of one night.

“I wrote ‘Free Play’ towards the end of the last season, knowing I’d eventually want to do a Packers-themed release,” Demet says.

“Free Play” is by no means a traditional tribute to the Green Bay Packers. It’s an instrumental track devoid of any lyrical references to the sport, and relies more on a feeling and groove. The song saunters along at a 60 bpm pace – an intentional choice, given that the NFL’s play clock counts down at the same speed.

“I’ve always marveled at Aaron Rodgers’ ability to keep that clock ticking in his head, then draw the other team offsides and get a free play,” says Demet. “So that was kind of the inspiration for the title.”

Get a daily rundown of the top stories on Urban Milwaukee
Demet, who plays guitar on the track, leads the song with a recurring melody, eventually straying into outbursts of soloing. The rhythm section is held down by Peyton Lencho on bass and Paul Westfahl on drums, who both play in Demet’s band Birdbrain. At around the three-minute mark, Lencho takes the reins and launches into a solo on bass. It’s a jazzy number with plenty of switchups and just a tinge of jam-band-psyche-rock thrown in. One could argue that it would make a wonderful soundtrack to, say, an ayahuasca trip.

The video for “Free Play” was directed by Joe Pegorsch, and features the band performing the song at Riverwest Records. The band and studio are decked out in Packers gear, and the chemistry between the trio keeps the video interesting – it’s fun to watch Demet look over at his bandmates and smile when shifting into a new part of the song, pleased that everything continues to click together and run smoothly.

Demet believes that his Packers-themed musical releases carry some good luck for the team. The Packers defeated the Chicago Bears following the initial release of the singles. Then the Packers defeated the Dallas Cowboys in overtime after the release of a music video for “Bang the Drum All Day” in November. If all goes well, “Free Play” will help usher in a victory against the Detroit Lions this weekend.

Bang The Drum All Day