OpenGov plans to grow office in Walker's Point to 100 employees. 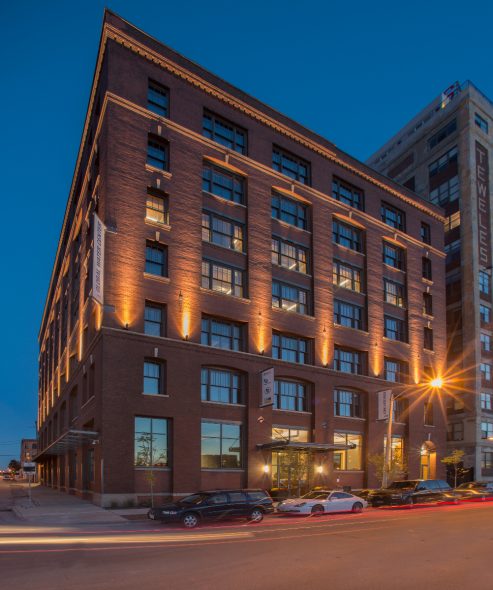 A Silicon Valley software company hopes to establish a significant presence in Milwaukee.

OpenGov, a cloud-based software provider to government agencies, opened a Milwaukee office in 2020 at the Global Water Center and says it is on track to have 36 employees there by the end of 2021. But it’s now looking to nearly triple that number.

The Wisconsin Economic Development Corporation announced a tax credit agreement Tuesday that would grant the company up to $350,000 in credits if it created 65 additional full-time jobs within three years. The company anticipates making a $400,000 capital investment in the office as part of the expansion.

“OpenGov is taking an industry that had been largely underserved by technology and helping to provide not only a better work experience for government employees but also, better services to citizens,” said company president David Reeves in a statement. Reeves, a UW-Milwaukee graduate who grew up in the area, is based out of the Milwaukee office. He originally served as chief revenue officer before being promoted in 2012. CEO and co-founder Zac Bookman is based in Silicon Valley.

“This story about a Milwaukee native’s interstate enterprise coming back and creating jobs in our city, and hiring Wisconsin graduates is exactly the type of entrepreneurship that we should be fostering,” said state senator Tim Carpenter.  “I’m also very pleased that OpenGov will help create efficiency within our government systems, helping people get better access to their resources and services, and saving taxpayers’ money.”

“Milwaukee is a hub for innovation and creativity, which is why OpenGov’s expansion in the Third Ward makes sense,” said Department of City Development Commissioner Lafayette Crump in a statement. “Thanks to this public-private partnership with the State of Wisconsin, OpenGov is creating new tech jobs in Milwaukee that will attract talent to our city and generate economic activity throughout the region.”

However, the new jobs are not in the Historic Third Ward as the city’s top development official claimed. They’re across the Milwaukee River in Walker’s Point.

The tech company provides enterprise resource planning software to government agencies and bills itself as the fastest-growing provider of such an offering. It has raised more than $140 million in venture capital funding and reports having more than 1,000 customers. A list of new customer announcements on its website includes the cities of Oconomowoc and Fond du Lac. The company currently reports having nearly 500 employees spread across six U.S. cities.

“OpenGov is taking an industry that had been largely underserved by technology and helping to provide not only a better work experience for government employees but also, better services to citizens,” said Reeves.

MKE Tech Hub Coalition CEO Kathy Henrich said Reeves has been a “very vocal advocate on [Milwaukee’s] behalf” in Silicon Valley and provides a recipe for how to attract future companies. Her nonprofit organization is seeking to double the tech talent population in the region.

“OpenGov is exactly the kind of company we want in southeastern Wisconsin,” said Rebecca Gries, M-7 director of corporate attraction and expansion. “The company’s success and decision to continue to expand here affirms our ability to compete for investment from tech-based companies that require highly educated and motivated employees.”