Building a sense of community on Mitchell Street. 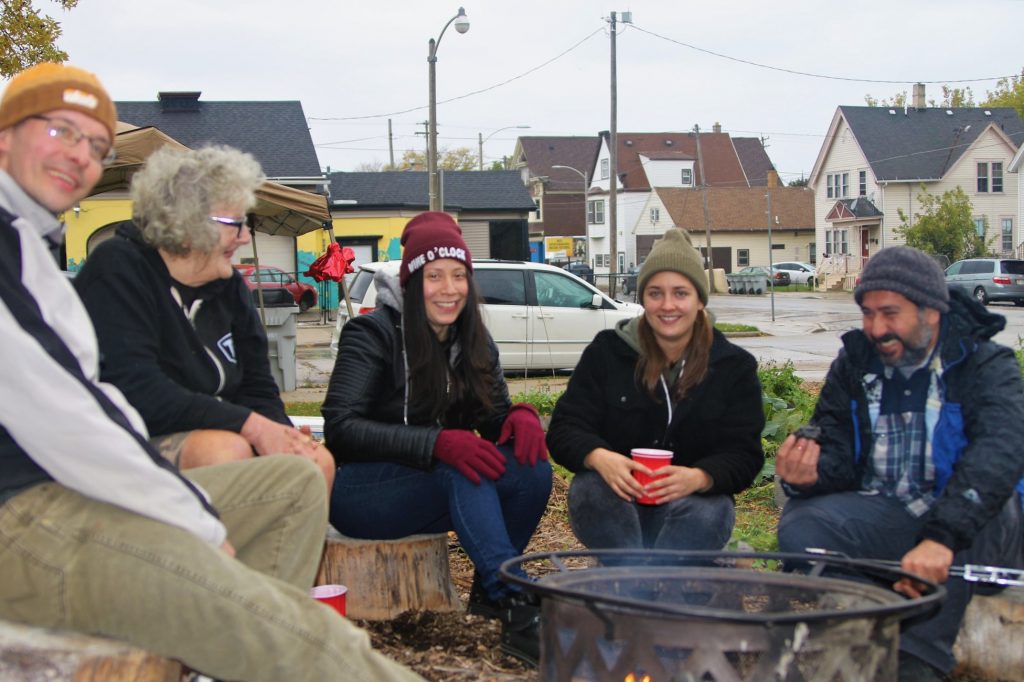 Claribel Morales remembers coming out her first day to clear overgrowth in a garden on Mitchell Street.

Morales was enthusiastic. She had a vision. But she also had the wrong tool. She said that neighbors and businesses saw her struggling and informed her that she needed a hoe, not a spade, for the job.

“I realized at that moment that this was not going to be a solo effort,” Morales said. “You need a whole group of people to transform a space.”

Her experience led to the creation of the Bumblebee Haven Community Garden, 1459 W. Mitchell St., which began after a previous gardening venture fell into neglect.

“I remembered thinking ‘Claribel is a natural community organizer,’” said Bob Heffernan, who owns the lot, recalling his first conversation with Morales. “I support that kind of activism . . . and she has proven me right.”

Heffernan attempted to bring a community garden to the space before the Bumblebee Haven began. A landlord active in refugee resettlement, he arranged for refugee students from grade school to high school age to bus from their tutoring location in the Concordia neighborhood on the North Side to the South Side garden.

After about two years, however, the program ended as arranging for consistent transportation became too hectic to maintain. For about four years the idea of a garden on the lot was put on hold until Morales approached Heffernan asking to revive the garden. 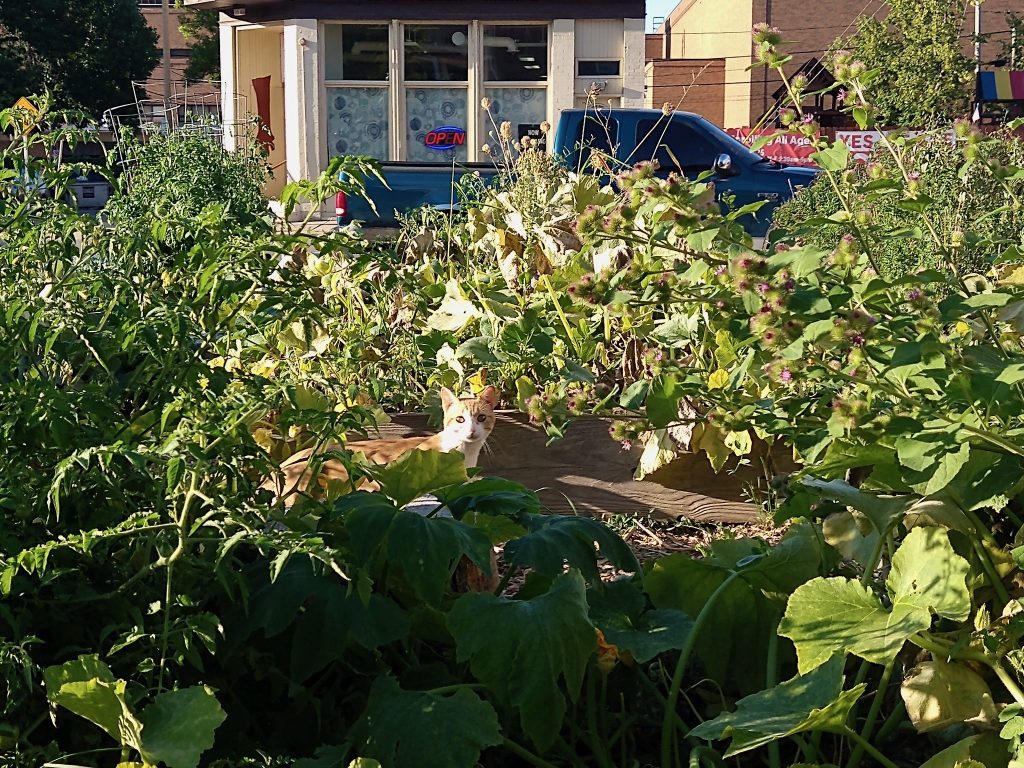 Raffle, a frequent visitor, soaks up the sun while at the Bumblebee Haven Photo by Sam Woods/NNS.

‘This was my neighborhood’

Morales, now the lead organizer of the garden, used to live less than a block away from the plot and said she knew she wanted better things for the garden but did not know where to start.

“This was my neighborhood, and I didn’t want that to be the aesthetic,” Morales said. “I am an artist at heart. I want to see things living up to their potential.”

Sophia Torrijos, the executive director of Friedens Community Ministries, was a neighborhood organizer in 2018. She saw similar potential and began knocking on doors looking for neighborhood volunteers to make the project their own.

Torrijos remembered the project having a profound impact on why she now tries to “cluster” neighborhood projects in one small area rather than spread them out.

“For me, this project set off a light bulb. Why would I start another project far away when I can cluster,” she said. “That way people get the sense that the neighborhood is changing, because a bunch of projects are coming up in a small area.”

After finding a few other eager residents, the group set out to revitalize the garden.

Over the summer of 2018 and the years following, the group cleared overgrowth; assigned responsibility for garden beds; applied for and received a Community Connections grant for a new sign; brought in community partners such as Teens Grow Greens to update and expand the garden’s selection of beds; and renamed the garden “Bumblebee Haven.”

‘This helped transform me as a person’

The garden’s name reflects the original gardeners’ desire for the space to be a place for pollinators to come and go. This includes bumblebees but has come to also include neighbors who briefly contribute to the garden in some small way before heading off.

Morales estimates that there are about seven people who are heavily involved in the garden at any given time, and another six or seven who come and go. Additionally, neighbors and nearby businesses have helped by clearing trash.

Numerous neighbors also have taken nourishment from the garden’s produce, which over the years has included multiple varieties of tomatoes, pumpkins, squash, herbs and more.

Morales is not sure what is next for her, other than keeping some level of connection to the garden. After all, she did not know her neighbors when this project started.

“Generally I am a very private person, but this project pushed me outside of my comfort zone and being more assertive telling people about the project,” Morales said. “This helped transform me as a person.”

Building the garden into what it is today has also given Morales and others community-organizing skills.

“More than gardening and having fun, Claribel and others here have learned how to organize. It’s not always about the outcome but the process of building our own leadership skills and community,” Torrijos said.

“In their own little humble way, people working behind the scenes are transforming the neighborhood,” Morales added.

How one garden is turning a South Side neighborhood into a community was originally published by the Milwaukee Neighborhood News Service.