Muskrats Assembly unanimously approves the shooting of beavers, muskrats if they damage a highway.

By Melanie Conklin, Wisconsin Examiner - Jun 23rd, 2021 11:44 am
Get a daily rundown of the top stories on Urban Milwaukee 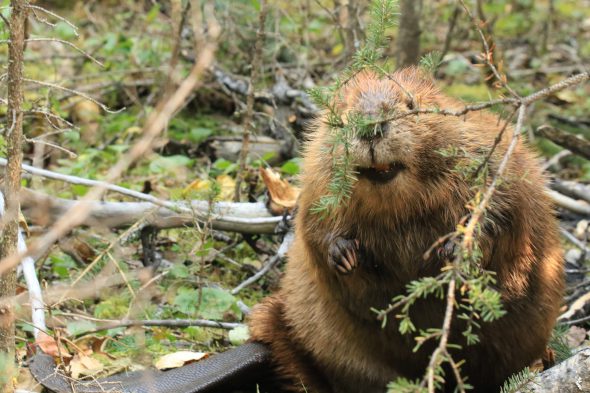 Rep. James Edming, who goes by the moniker “Jimmy Boy,” admits that the state law that forbids shooting a firearm within 50 feet of a road is a good idea. But an exception must be made, says the Republican from Glen Flora in northern Wisconsin, for allowing Wisconsinites to take aim at beavers and muskrats. The idea came from one of his constituents in Atlanta in Rusk County, Wisconsin.

His bill would allow people to shoot to kill beavers and muskrats if they are damaging a highway.

“They have a problem up in Atlanta where there’s just tons of beavers have moved in and they’re damming up the road. They’re damming up everything — anything they can dam, I think, they dam up. No pun intended.” said Edming on the Assembly floor Tuesday as his fellow Republicans seated around him worked to contain their laughter and hide their grins. “It’s tough on the roads that cost a lot of money to build these roads and keep them in shape.”

Then came a surprise lesson on the habits of muskrats. According to Edming they “move into an area and they burrow under a road and will cause the road to cave in.”

These are feisty animals, he argued.

“You can’t really sneak up on them because they’re pretty smart,” Edming added. “If you’ve ever had an encounter with a muskrat, they can jump five, six feet straight up in the air. They are very vicious animals. If you’ve ever seen a beaver in a trap, they’ll snap to bite the wires right off the trap, so they are nothing to fool around with.”

The Wisconsin Towns Association, Wisconsin Counties Association and the Safari Club registered in favor of the bill. The Sierra Club registered against the bill, saying in written testimony that beavers should be protected: “Beavers serve as ecosystem engineers and create important wetlands that provide ‘keystone’ wildlife habitats and can provide significant water quality benefits to watersheds in Wisconsin. This bill could lead to a number of damaging kills on a species that offers a lot of benefits to Wisconsinites and our ecosystems.”

There was no registration from beavers or muskrats giving their opinions on the bills. The Assembly passed Edming’s bill on a unanimous voice vote, and it is now in the Senate awaiting action.

The right to kill beavers and muskrats that devour roads was originally published by the Wisconsin Examiner.