A sign students are ready to "leave the pandemic behind,” Thompson says.

By Rich Kremer, Wisconsin Public Radio - Jun 22nd, 2021 11:28 am
Get a daily rundown of the top stories on Urban Milwaukee 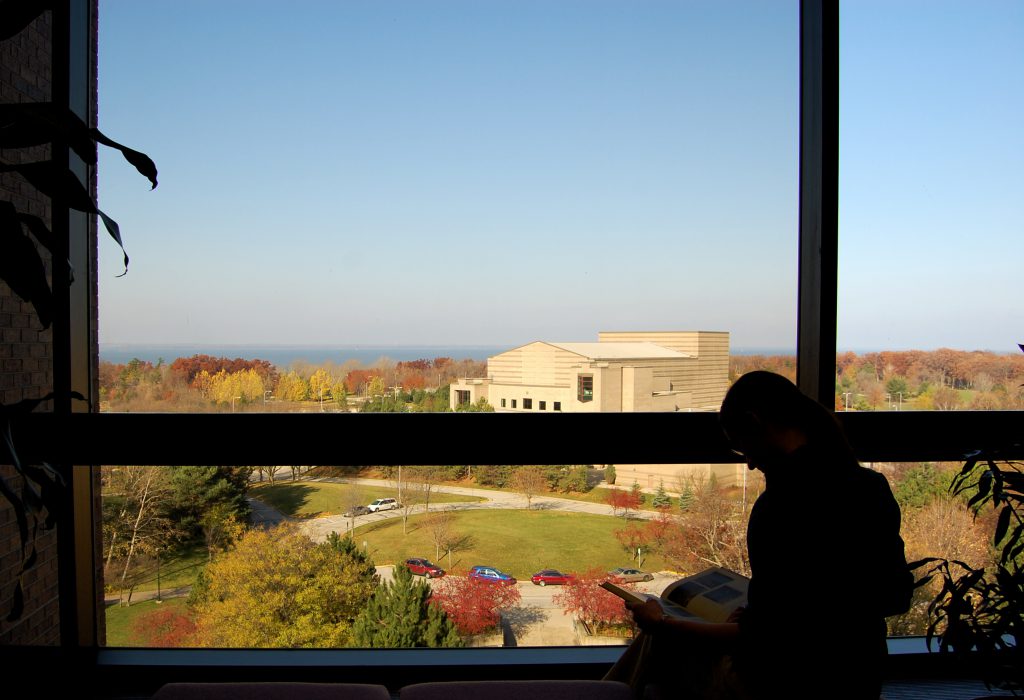 A student studying at the Cofrin Library on UW-Green Bay’s campus. (CC BY 2.0).

After two semesters of enrollment declines driven by COVID-19, the University of Wisconsin System says freshman applications at the state’s 13 universities are up by nearly 30 percent over the last two years.

A Monday press release from UW System interim President Tommy Thompson credits efforts during the coronavirus pandemic to simplify the application process. Those include waiving $50 applications fees, creating an electronic application system to allow students to apply at multiple UW campuses at once and suspending a requirement for prospective students to submit ACT scores.

Thompson said they’ve gotten nearly 135,000 applications for the fall semester so far, which he called a record. He said it’s a sign students are ready to “leave the pandemic behind and focus on their educational goals.”

This spring, enrollment fell again. Records obtained by WPR showed a drop of 3.7 percent compared with spring enrollment data from 2019.

By allowing students to apply at multiple UW campuses with one application, Thompson said some universities may be counting the same prospective students this year. But, he said it’s all about making the UW System more “student centric” by easing the application process.

At UW-Green Bay, student applications have jumped by more than 72 percent over applications last summer, according to data provided by UW System. That works out to an increase of 2,235 applications.

UW-Superior saw applications increase by nearly 77 percent this summer compared with June of 2020, while UW-Eau Claire saw a near 51 percent increase over the same period.

Kate Burns, UW-Green Bay interim provost and vice chancellor for academic affairs, said applications are up at two of the university’s campus locations in Manitowoc and Sheboygan, while being down slightly at it’s Marinette campus.

“I think the big question that we’re all asking right now is about what we call yield,” said Burns. “How many students will ultimately enroll and where will they enroll at our four campuses?”

Typically, around 40 percent of students who apply at UW-Green Bay enroll, said Burns.

“But I think given all of the unknowns in our post-COVID world, as well as students being able to easily apply to multiple institutions, it’s a little bit unknown,” said Burns.

She credits part of the surge in applications to the efforts by Thompson and UW System administration to make it easier for students to enroll.

Official enrollment data for UW System campuses isn’t collected until 10 days into the fall semester, which starts in early September.

In February, Thompson announced that UW System campuses would hold at least 75 percent of classes in person this fall after COVID-19 precautions pushed most courses online since spring of 2020.