66 businesses have been helped by GMC’s Scale Up Milwaukee SPARC initiative. 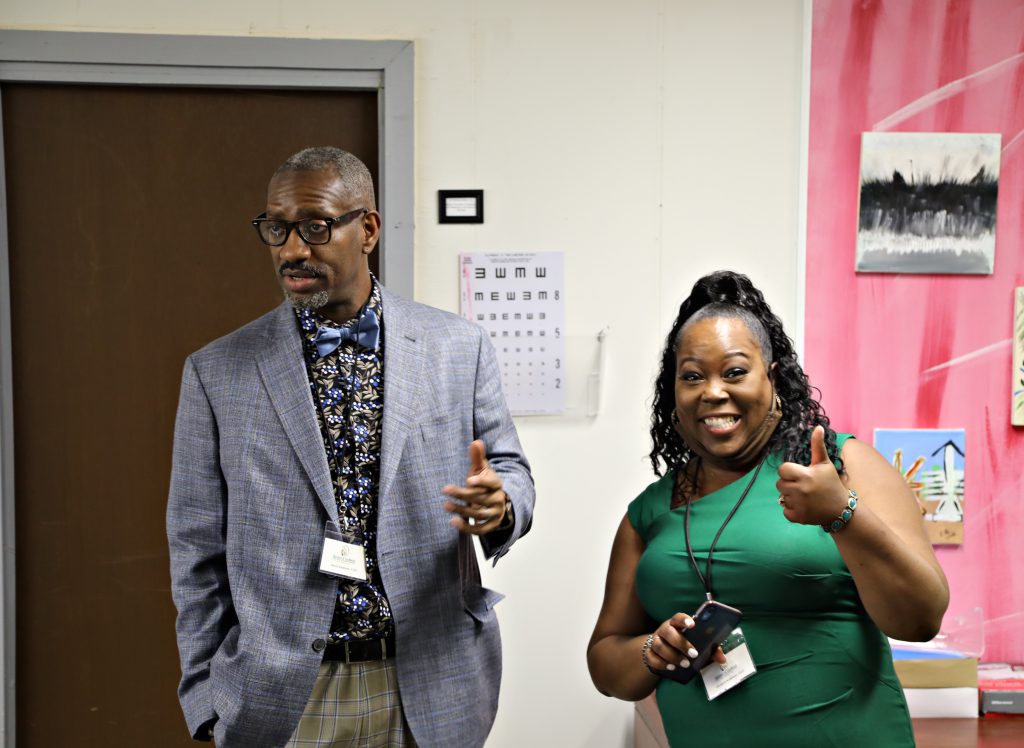 Last June, Rosland Anderson, CEO of Standard of Excellence Education and Training Center, and her husband, Henry Anderson, purchased a former Milwaukee Public Schools building. But they weren’t quite sure what to do with it.

“I was overwhelmed,” said Anderson, who at the time was operating her center in two locations. “So, now, I have 10,000-plus square feet of space and I’m thinking: ‘What else can I do to make money?’ ”

It was around that time that Anderson learned of SPARC, a business accelerator program of Scale Up Milwaukee, an initiative of the Greater Milwaukee Committee.

SPARC, which is taking applications from potential participants through August, is designed to help companies like Andersons’: minority and/or women-owned companies that earn from $100,000 to $1 million annually and are looking to increase revenue, said Elmer Moore, executive director of Scale Up Milwaukee.

“We want to help people get to the next level and help people be more ambitious and be aware of what it looks like to be a high-growth business,” Moore said.

Sixty-six businesses have gone through SPARC, which began as a pilot program in 2013 and was relaunched in 2017 through the support of JP Morgan Chase. Those companies averaged a 57 percent increase in revenue growth last year, Moore said.

‘The bravery to step up’

For Anderson, who was a member of the 2019 cohort, the program helped her refresh her account management skills, work on her leadership team and set other goals to expand her services.

The training also helped her overcome challenges related to both the pandemic and bringing the long-vacant MPS building at 6914 W. Appleton Ave. up to code.

“I found the bravery to step up and do other programming,” Anderson said. “Now, we can take it to that next level financially.”

The curriculum for SPARC’s next 10-week cohort has been heavily influenced by the pandemic and will focus on pivoting operations to a digital presence, remote work, crisis recovery and planning.

It also will teach participants how to navigate government funding from programs such as the Paycheck Protection Program, Moore said.

“Coronavirus and the shutdown helped us to gain focus on some of the technical disparities that exist,” Moore said. “We have to make sure that if this ever happens again that folks are more prepared.”

Lakeia Jones, a member of the 2018 cohort and owner of AMRI Counseling Services, 4001 W. Capitol Drive, said the training she received through SPARC helped put her in a position to thrive once the pandemic hit.

Although Jones had long provided mental health and substance abuse services in an outpatient setting, SPARC forced her to dust off her strategic plan to focus more on telehealth, or remote health care, which she knew was the wave of the future.

Telehealth services became not just a necessity but also widely accessible after health insurance restrictions and other guidelines were lifted during the pandemic.

Before then, her base of customers and the range of internet services she could provide were limited.

“We have entered a new era of mental health,” Jones said. “My business now fits into the global economy.”

Darren Fisher, CEO and founder of SPEARity, which works with individuals and companies to create business and leadership strategies, was a member of the original cohort but since then has served as an instructor.

He said the program helped clarify ways to expand his business.

“That was huge for us,” said Fischer, whose company works with larger companies such as Sargento as well as startups from Brew City Match, a program that supports economic development in the Historic King Drive, North Avenue & Fond du Lac, and Cesar Chavez Drive business corridors.

Fisher and Moore also said that SPARC serves as a great networking opportunity that connects business owners with a passion for growth.

“We want to help our participants become really good at running their business and help grow the number of successful Black and Latinx companies,” he said.

Time is almost running out. Interested business owners should apply ASAP as the deadline closes at end of month.