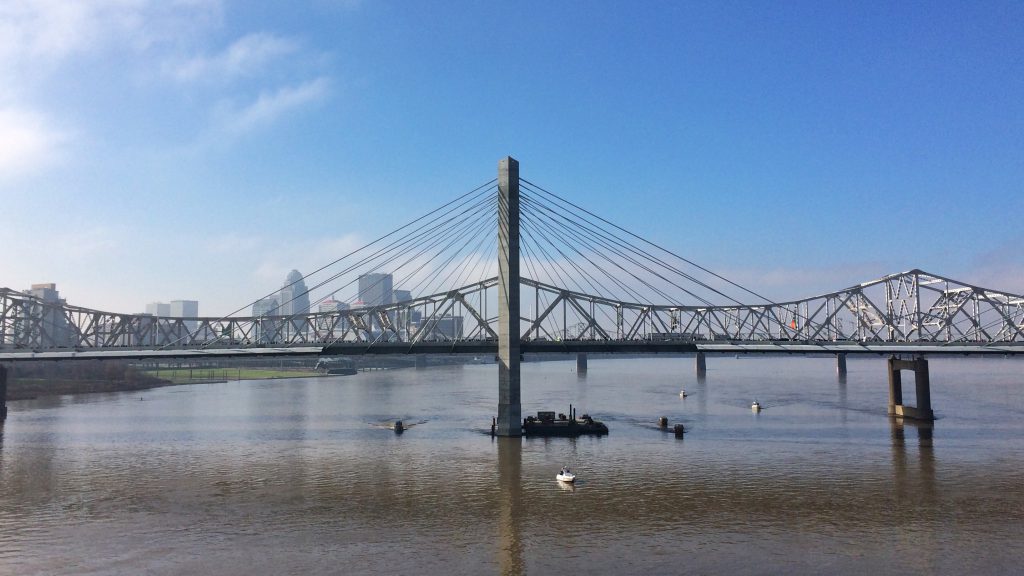 Opening of the Abraham Lincoln Bridge. Photo by Zepfanman.com (CC BY 2.0)

Want more links to read? Visit The Overhead Wire and sign up.

The broken algorithm that poisoned transportation planning: Travel demand models have been used for decades to determine whether a transportation project, mainly freeways, should be built in and around cities. The only problem is that trying to determine outcomes so far into the future is impossible, especially in a world where two competing value systems are likely to have different trajectories. (Aaron Gordon | Motherboard)

A history of America’s beer gardens: Beer gardens and halls in cities and regions around the United States originally opened to serve immigrant communities from Germany and Eastern Europe that brough the tradition of brewing with them. Instead of saloons which primarily served working men, beer gardens were meant to be family friendly community gathering spaces. The oldest beer garden in America is Scholz Garden in Austin, opened in 1866. (Kara Newman | Wine Enthusiast)

Outdoor advertising can increase inequality: Evidence from around the world suggests that lower income neighborhoods are bombarded with more and more harmful advertising than more affluent areas. In the US, advertising density is 2 to 4 times greater in lower income zip codes, worrying public health experts who see the effects of fast food adverts specifically on consumption. (Christine Ro | BBC Worklife)

Seattle law could open door to proximate childcare: A new ordinance in Seattle changes the land use code to allow for more child care facilities in neighborhoods. A shortage of providers has led parents in the city to pay some of the highest childcare costs in the country. But it is hoped that this new ordinance will make child care available within at least fifteen minutes of every home. (Natalie Bicknell | The Urbanist)

Hurricane Katrina was a policy disaster, not a natural one: In 2005 Hurricane Katrina devistated New Orleans and changed the trajectory of the city forever. But observers argue that while a direct hit from a Category 5 storm is devastating, the policy environment leading up to the storm and in the aftermath of it led to more direct harm for many of the city’s Black residents. (Nicholas Lemann | The New Yorker)

Real, live, inspiring human energy exists when we coagulate together in crazy places like New York City. Feeling sorry for yourself because you can’t go to the theater for a while is not the essential element of character that made New York the brilliant diamond of activity it will one day be again.

-Comedian Jerry Seinfeld in the New York Times reminding us that the human energy of cities will not go away just because some commentators believe they are “over”.

This week on the podcast, Andrea San Gil Leon and Jocelyn Timperley join the show to talk about environmental movements and transportation in Costa Rica.