Former Milwaukee and New York actor and political activist passes away at age 73. 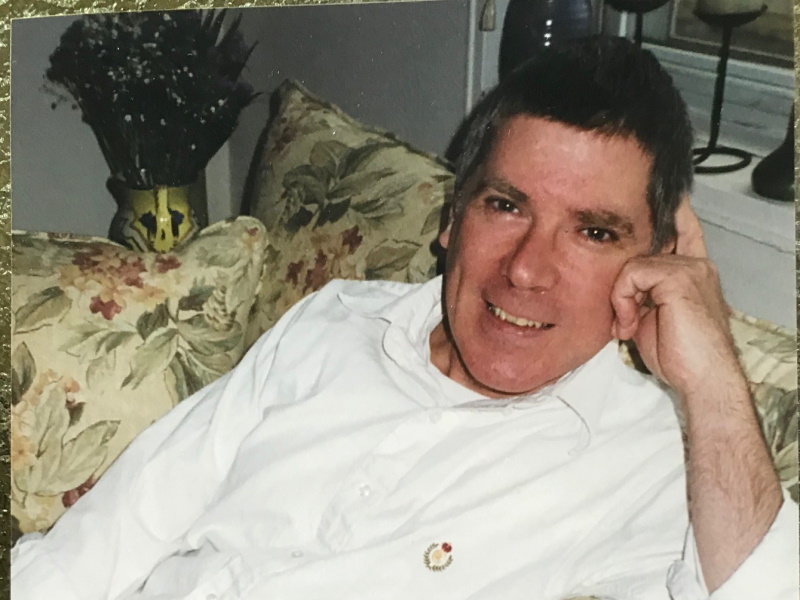 Yaakov Sullivan, the versatile actor who performed with many professional theaters in Milwaukee, followed by years in New York where he won good notices for his performance in the Off-Broadway production The Great Society, died at age 73, after suffering from pancreatic cancer for two years.

His 1991 performance in the Friends Mime Theatre production of The Accidental Death of an Anarchist won a rave review from Milwaukee Magazine for his “tour de force performance” in the lead role. “Sullivan adroitly handled a good 70 percent of the play’s lines and parlayed his vast array of personas, accents and character shtick to remarkable advantage in what will doubtless stand as the season’s most hilarious performance.”

Born James Sullivan and raised in an Irish Catholic family in Milwaukee, he converted to Judaism and changed his name. He was passionate about religion along with so much more — history, politics, theater and cooking — and a gifted mimc and droll story teller who was as well known for his off-stage personality as his persona under the lights. 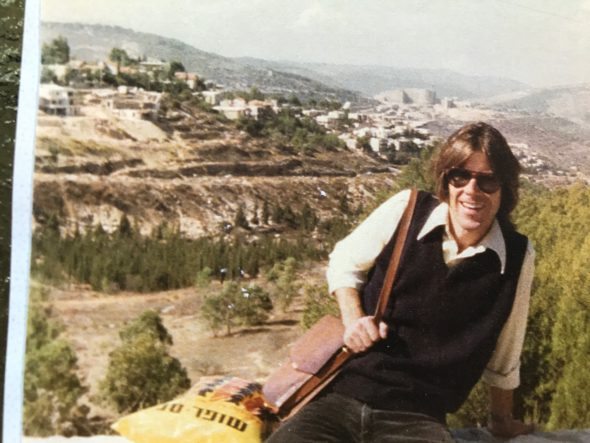 “I came to call Yaakov a dear friend,” recalls Jonathan West, who directed many shows in Milwaukee, “and every time I saw him I walked away from him aching from laughter.”

West was one of the founders of the Bialystock & Bloom company in 1996, which started with a production of Martin Sherman’s play Bent. West was the director and cast Sullivan in role of Uncle Freddy. “He was, from the first moment of rehearsal, magical, spontaneous, maddening, hilarious, and huge hearted.” West recalls. “We begged, borrowed, and stole to get that show up, and Yaakov was costumed in an overcoat that belonged to my roommate at the time, who was a little perturbed to find out I had borrowed it without asking and that Yaakov had taken a great liking to the garment. When my roommate saw the show and Yaakov’s performance, he said, ‘He’s unbelievable. Maybe I should actually let him keep the coat.’”

Sullivan grew up in Whitefish Bay and attended St. Monica’s Grade School and Dominican High School. Inspired by the writings of Catholic activist Dorothy Day, he joined the Youth Council of the NAACP as a teen ager, where he became secretary for the council, attending three national NAACP conventions and the 1963 March on Washington. He also helped set up a Milwaukee group called Youth for Integration, which was active in voter registration, and performed on stage with the youth theater group at the Jewish Community Center

He attended the Jesuit college, St. Louis University, where he  was very involved in anti-Vietnam War activities. Milwaukeean James Godsil, a fellow activist, says Sullivan “was probably the youngest student” at the founding meeting in Fall 1966, of the St. Louis University Action Committee, the civil rights and peace movement organization on campus. “He forged critical connections with the Washington University-St. Louis student movement, and with Milwaukee activists,” Godsil recalls.

By the time he started college Sullivan had come out as gay, but another transformation came after he transferred to McGill University in Montreal, where he converted to Judaism and chose the name Yaakov. After two years study at McGill and graduate work in New York, Sullivan moved to Israel, where he lived for 12 years, worked at Yad Vashem as a liaison between the Jewish and Christian communities. He also earned a BFA from Tel Aviv University and served two years in the Israeli army, which is required of all permanent residents.

In 1983 Sullivan moved back to Milwaukee and quickly became a well-known figure in Milwaukee theater. He was in numerous productions for Clavis Theater, including the lead role in the Charles Ludlam drag version of Camille and in Larry Kramer’s The Normal Heart, the first AIDS-themed play staged in Milwaukee. He performed the role of Herr Schulz in a Skylight production of Cabaret and in the Milwaukee Chamber Theatre production of School for Scandal.

Meantime, he worked in other theaters, at the Timber Lake Playhouse in Illinois and the New World Theatre in Ohio, where his performance in The Faith Healer was hailed by the Columbus Dispatch, which called Sullivan “a  joy to watch.”

He had a way of standing out even in small parts. “I first met him at the Peninsula Players in Door County in I believe 1989,” recalls then active actor Scott Howland. “He was performing in a drawing room comedy, playing the butler and was so dry and funny he stole every scene he was in, even though his stage time was nominal.”

He performed for two summers, in 1994 and 1995, with the Utah Shakespeare Festival. He also created one man shows in Milwaukee, both about writers: one on Federico Garcia Lorca, the other on Lewis Carroll.

Longtime actress Lynn Wilde, who performed with Sullivan in several shows, says: “What was most striking about Yaakov as an actor was his energy and zest, a life force that infused his character roles. He could live in the moment of the character with verve, sharing his joy with the audience, no matter what he was supposed to be doing onstage.”

He brought that same style to his cooking, Wilde says. “He adored food, thinking about food, reading about food, and preparing it for others as an act of love and friendship. I cooked with him for 35 years, mostly he cooked, and he prepared everything by the seat of his pants with the absolute certainty it would be wonderful, and it was.”

“Yaakov cooked throughout his life” says Laura Murphy, who knew Sullivan since they were teens. “While the menu changed, the principle of abundance remained the same. If you expect three people, make enough for ten. He had a prodigious appetite for food and wine, and a talent for sharing.”

Some time after earning his equity card, Sullivan moved to New York, to pursue work there, but also taking a full-time job as researcher in the Office of the President at Columbia, where he worked from 1998 to 2013. He performed off-off-Broadway at The Duplex, in a gay version of The Christmas Carol, called The Gay Carol, and reviewer Adrienne Onofri wrote that “Yaakov Sullivan shows why, despite protests about such negative images, a flamboyant gay character always proves irresistible to audiences.” And he performed in a La Mama Annex production of The Brothers Karamazov, Part II, playing several parts and doing a “stalwart” job, Theater Mania reviewer David Finkle declared.

But his most notable role was as Senator Richard Russell in the Off Broadway production about LBJ, The Great Society, where Sullivan was declared a “standout” by Broadway World and one of the supporting actors who makes a “vivid impression,” according to the New York Post, while Brian Wallace, writing for EdgeMediaNetwork, panned the play and singled out one performer: “Yaakov Sullivan deserves an honorable mention and tends to snap us out of our drowsiness whenever he appears.”

In the last decade of his life Sullivan was semi-retired but as active as ever: he purchased a home in Newburgh on the Hudson River, worked part-time at the Palate Wine Shop, served as vice-president of the Newburgh Heights Association, and tooled around town on his Schwinn bicycle (he never owned a car or a driver’s license). He also took several trips to France, a country and culture he loved and wrote some reminiscences of his life for the Milwaukee Renaissance website and a lovely piece about how his native city had changed for the better for Urban Milwaukee.

To the end Yaakov retained his irresistible passion for life and for people. As his old friend, Montreal physician Irving Schonfeld observed: “Yaakov exuded such positivity and said yes to life.”