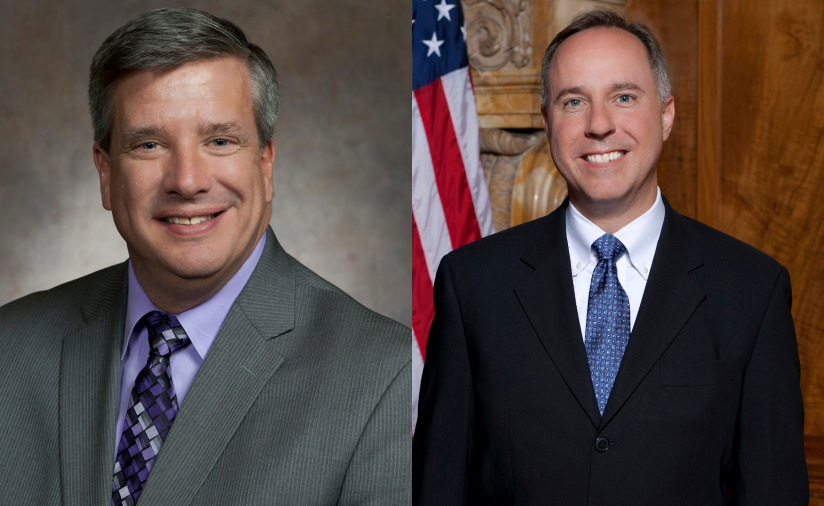 Plotkin asked nearly every member of the Joint Finance Committee for correspondence they had received from Wisconsin residents about education funding.

All of the legislators Plotkin contacted provided responsive records for free. All, that is, except one: state Rep. John Nygren (R-Marinette), the panel’s co-chair, wanted Plotkin to pay $100.41 for location costs.

To Plotkin, this was a nonstarter.

“I’m a citizen on a fixed income and cannot afford $100.41,” said the 81-year-old retired educator from Madison. “I reject these charges. I think it is an attempt to price individual citizens out of” public records.

Similarly, Wisconsin Freedom of Information Council President Bill Lueders asked Nygren in June for communications about the state budget. Nygren had claimed that the Republicans’ budget bill was crafted based on public input, so Lueders asked to see what members of the public said.

Nygren agreed to produce the records — but only if Lueders paid an upfront search fee of $334.66. Lueders declined, noting that in numerous past requests no legislator had ever before charged him location fees.

Most recently, state Assembly Speaker Robin Vos (R-Rochester) demanded that I pay nearly $200 in search fees. This was in response to a request I made in July for emails about proposed legislation to keep the names of lottery winners secret. I sent the same request to the bill’s other leading co-sponsors — state Rep. Gary Tauchen (R-Bonduel) and state Sen. Dale Kooyenga (R-Brookfield) — and they provided records at no charge. Wisconsin Lottery Director Cindy Polzin also responded to the same request and released records for free.

The hefty search fees from Nygren and Vos come after an appeals court blasted fellow GOP state Rep. Scott Krug (R-Nekoosa) for refusing to release electronic records, in response to a lawsuit filed by Lueders in 2016. A three-judge panel held that records that exist in electronic format must be produced electronically upon request.

Based on that appellate ruling, Plotkin won a settlement in her own suit against 14 state lawmakers — including Krug and Vos — who had similarly refused to release emails in electronic format.

But now that legislators are barred from charging print copy fees for emails, it appears, some are finding new ways to impose significant search fees on requesters.

State law allows public officials to charge the “actual, necessary and direct cost” of locating records when this is $50 or more. But the law allows authorities to waive or reduce fees when doing so is in the public interest. Nygren and Vos chose not to do that.

There’s no question the public interest would have been served by waiving the fee for Plotkin, who regularly requests emails and correspondence that Wisconsinites send to lawmakers. She posts the findings, which often show that lawmakers vote against the wishes of those who contact them, on her website, we-the-irrelevant.org.

Open government is a proud tradition in Wisconsin. Charging requesters exorbitant fees frustrates that tradition and the spirit of the public records law. The citizens of this state deserve better from Nygren and Vos.

Your Right to Know is a monthly column distributed by the Wisconsin Freedom of Information Council (wisfoic.org), a group dedicated to open government. Jonathan Anderson is a former Wisconsin journalist and current Ph.D. student at the University of Minnesota.