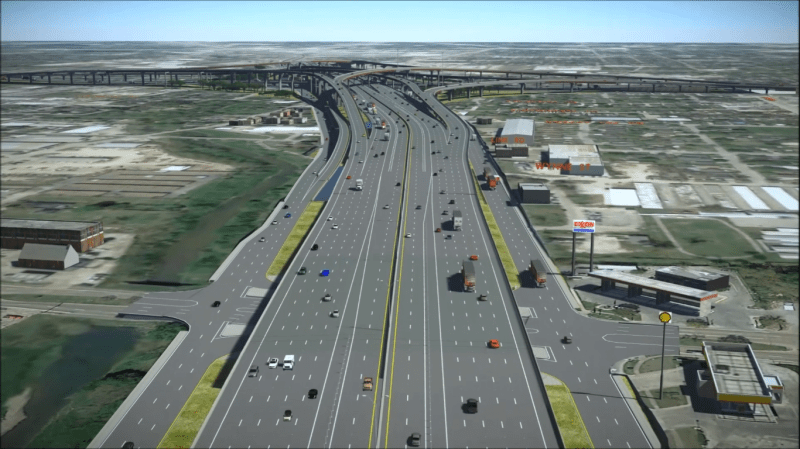 Plan Cities with Restaurant Reviews: MIT researches have found that restaurant data can be used to predict key socioeconomic attributes of neighborhoods. Extracting data from reviews can help effectively predict an area’s daytime and night time populations, the number of businesses located in it, and the amount of overall spending in the neighborhood. The MIT researches took a Chinese review site’s data and matched it to existing data for several cities, including mobile phone location data and some census data; they found that they can predict 95% of variation in daytime and nighttime populations, as well as 90% of the variation in levels of consumer consumption. (Peter Dizikes | MIT News)

Meet Your Digital Twin: City planners are beginning to utilize “digital twins,” computer-based replicas of physical cities that reflect the dynamics of cities, including the people and vehicles that move through it. The tool is helpful to combat public skepticism toward planning projects, as models of digital twins effectively represent anticipated street conditions based on a variety of parameters. Digital twins can be used to predict future traffic conditions or air quality. This kind of urban modeling does require extensive data collection, including anonymized smartphone data, but some cities are already implementing the technology despite concerns over privacy. Portland, Oregon, is launching a one-year pilot to virtually replicate its city; The State of Andhra Pradesh in India is committed to building a $6.5B city from scratch with the aid of a digital twin. (Wyatt Cmar & Stephen Goldsmith | Governing)

New Vision for Houston and I-45: A plan to remake I-45 in downtown Houston has recently been described as a “boondoggle” and a “Texas-sized mess of a highway plan” as the project is expected to eliminate 25,000 jobs from the displacement of existing businesses. The expansion also comes at a contentious time as recent studies demonstrate that doing so does not improve congestion for long. The expansion is also expected to advance urban sprawl and the development of open land crucial to protecting the city from flooding. Geoff Carleton offers some ways to mitigate these issues, like using I-45 to jumpstart a regional transit system with light rail and bus rapid transit, implementing congestion pricing, and decommissioning an elevated highway through downtown. (Geoff Carleton | Houston Chronicle)

The Shrinking Missing Middle: While US developers completed 211,000 new housing units in buildings of 50 units or more last year, the number of developments with 2 to 9 housing units, known as Missing Middle, has been steadily disappearing. There are many factors that are contributing to their decline, like growing regulatory burdens and rising construction costs. Consequently, localities have been left to choose between large-scale new housing developments, often the similar block-long, mid-rise, wood-frame buildings, or no new housing at all. However, zoning reform is taking shape nationwide to revive missing middle housing. Minneapolis recently got rid single-family-only-zoning, while Oregon banned restrictions in cities with populations of 10,000 or higher. (Justin Fox | Bloomberg)

Affordable Housing, or Profitability: Using government subsidies, tax credits, and zoning changes, municipal leaders are encouraging developers to incorporate affordable housing into mixed-use projects. However, developers across the nation are finding that economics are crucial in determining just how many and at what price such units may be included for a mixed-use project to be both socially responsive and financially profitable. Michael A. Covarrbuias, a San Francisco-Based developer, noted that the high cost of land has made it difficult to include more moderate-income units and contend with residents opposed to gentrification. Some major companies are taking action in their cities; Google has pledged $1 billion in land and funds to build homes, including affordable housing, in the Bay Area. In Northern Virginia, JBG Smith raised $78 million from investors for housing aimed at those who earn too much for government help but not enough to afford market rates. (Eugene L. Meyer | New York Times)

For really young people, the evidence is now of very early-stage damage both in the heart and the brain [from air pollution], we have a likely candidate [particle] able to access both organs, with the pathological evidence to show damage is happening.

–Barbara Maher in the Guardian discussing how billions of air pollution particles are getting into the hearts of city dwellers.

This week on the podcast, journalist Nate Berg joins us to talk about writing stories from Germany to Japan.