The Queen of Knick Knacks

Artist Sara Cwynar takes a hard look at kitsch, advertising and our notions of beauty in MAM exhibition. 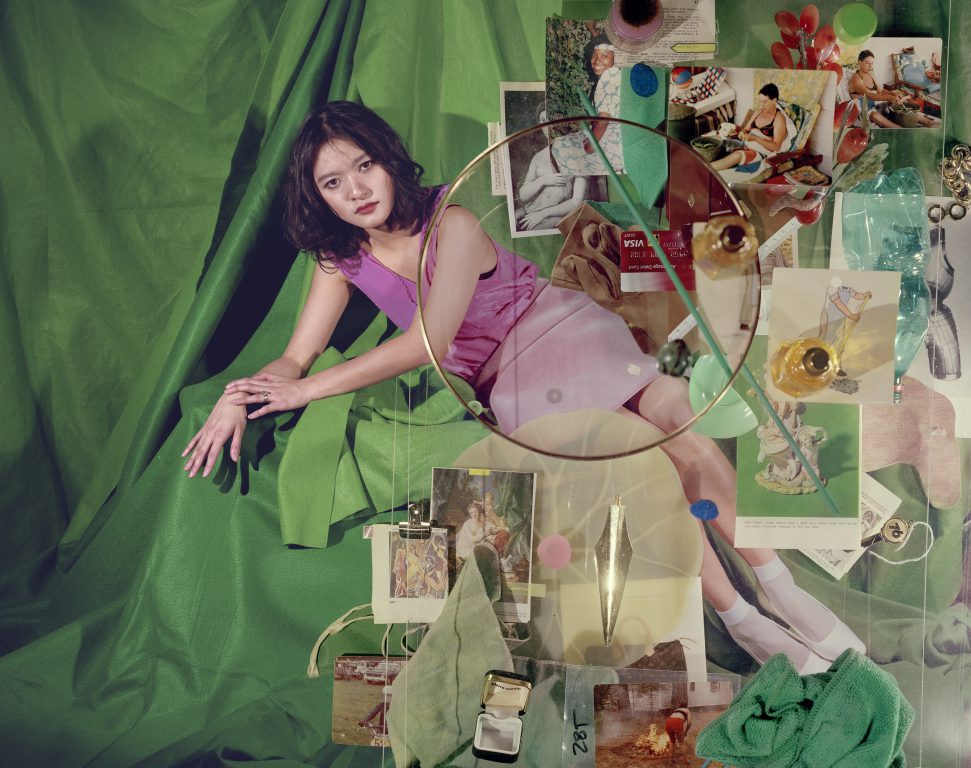 What makes objects desirable, and who assigns value to them? How do colors impact buy decisions? How does the idea of feminine beauty fit into all this?

Brooklyn-based artist Sara Cwynar tackles these questions and examines the often-sexist nature of the advertising world, along with the fleeting nature of materialism, in her exhibit Image Model Muse at the Milwaukee Art Museum. The exhibit, organized with the Minneapolis Institute of Art, will be displayed in the museum’s Herzfeld Center for Photography through August 4.

“Image Model Muse” showcases three of Cwynar’s short films and photographs from the artist’s “Tracy” series, a collection of photographs of her longtime friend and muse.

The 34-year-old Cwynar, who was born in Vancouver, Canada, has a background in graphic design. She earned a bachelor’s degree in design from York University in Toronto in 2010 and an MFA From Yale University in 2016. Cywnar has long been fascinated by kitsch — art considered in bad taste or too sentimental, but often embraced in an ironic way. In 2014, her book Kitsch Encyclopedia: A Survey of Universal Knowledge was published. The book combines the philosophies of writers Milan Kundera, Roland Barthes, and Jean Baudrillard with Cwynar’s photographs.

In other photos, Tracy is pictured against what appears to be grid-like wallpaper in many primary colors, a sort of flat Rubik’s cube. She wears plain, unornamented clothes—a pale pink, long-sleeved dress; sheer, white socks; simple high-heeled shoes. The grid may be symbolic of rigid beauty standards, or how women in their 20s and 30s are expected to conform to neat little boxes of societal norms.

Cwynar’s three films, “Soft Film,” 2016, “Rose Gold,” 2017, and “Cover Girl,” 2018, narrated in part by the artist and in part by a male voice, feature quick shots of vintage makeup compacts, velvet-toned jewelry boxes, dusty perfume bottles and knickknacks, a bubblegum pink plastic tea set, iPhones and modern electronics, and makeup factory assembly lines. Shot with 16-millimeter film and then digitized, Cywnar’s films have a bright, almost unnatural Technicolor quality to them, like commercials of the 1960s.

In a video of an artist talk she gave at the Art Institute of Chicago, Cwynar refers to the numerous jewelry boxes pictured in “Soft Film” as a metaphor for the subtle misogyny women face, particularly in the corporate world.

“Rose Gold” was named after a color of the Apple iPhone 6S, released in 2015. The color name suggests exquisiteness and wealth, and traditional societal notions of femininity. The film juxtaposes modern electronic communications, like swiping on dating apps and text messaging, with a now antiquated method of communication—a corded telephone.

In “Image, Model Muse,” Cwynar explores the more sinister side of quirky, bright and sometimes odd objects which people might hang on to in an attempt to romanticize the past, while ignoring sometimes dangerous realities of the present.

“I’m trying to dismantle this often-idealized kitsch, or often very nostalgic Western context of photography, which tells us who we think we are, and often with great bias,” Cywnar is quoted as saying in a press release. “I’m trying to think of all the different ways that that is a false history.”

Image Model Muse by Sara Cwynar, is on exhibit at the Milwaukee Art Museum, 700 N. Art Museum Dr., through August 4.