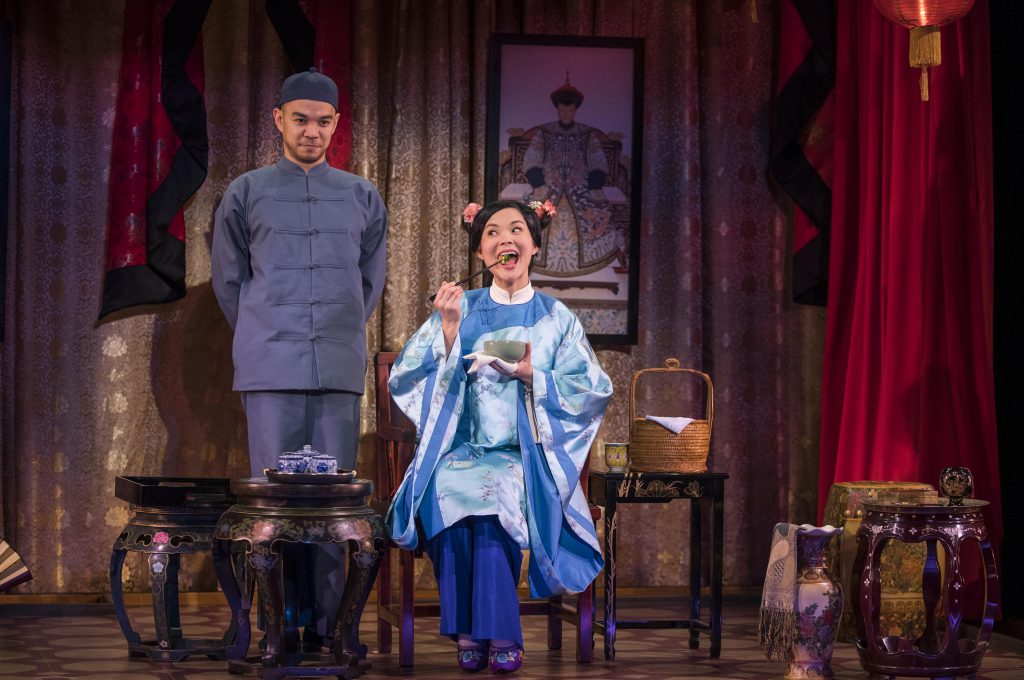 Built to the vivid specifications of director May Adrales, and, one assumes, new playwright Lloyd Suh, scenic designer Collette Pollard has provided a gigantic ornamented Chinese box that opens with a lock and spreads out into a stage of flowing curtains and oriental bric-a-brac. Here is the exhibit room where in museums and later carnival shows the advertised first Chinese lady with royal bound feet, age 14 in 1834, was displayed to the curious American public.

Such is the setting for a play based on an actual event — The Chinese Lady — through March 24 at the Milwaukee Rep’s Stiemke Theatre, a studio space arranged three-sided this time for close audience interaction.

Much like Afong Moy’s tiny bound feet were an abnormal object of gawking attention, the play binds our minds to pay attention to a constant US mistreatment of immigrants. We say we want immigrants to refresh the nation but tend instead to appropriate the best of their goods and cultures (Chinese food, Mexican spices, African rhythms) and then discard the person. Those who arrive full of dreams and desire to perhaps bring countries closer together keep running into a particularly Yankee penchant to take what we want from the encounters.

This was a time when white European Americans enjoyed human zoos and freak shows, the P.T. Barnum world of exhibits, to display the Far East, or for that matter the native Americans. Normal curiosity about the unknown quickly turned into acquisitiveness. Tea and opium became commodities for war. Labor to build the Transcontinental Railroad became too familiar an import so that the Chinese were outlawed in our first immigration laws.

The cleverness of Suh’s play is not just to painfully remind us of our endless ability to make immigrants feel alien, but to jump time. He frees the inner voices from the historical trappings, providing humor as well as insight. We realize those usually monotone marionettes in the exhibition were taking us in even as we were examining them like butterflies impaled on pins. And as this one-sided exchange was going on, while the exhibited lady with the bound feet was inspected on national tours, these objects of interest were losing their own cultural identities in this odd Western assimilation.

Historically we know Afong Moy was not allowed to say much – or even knew much English. She was there to demonstrate her tea pouring ability and her hypnotic feet (a symbol of Chinese feminine beauty created by a barbaric process of breaking the toes and hammering them into the soles).

But in this play Afong Moy, played by Lisa Helmi Johanson, and her sardonic interpreter Atung, played by Jon Norman Schneider, use modern vernacular and flights of rhetorical fantasy. Both performers are new to the Rep.

The playwright has Afong speak out like a curious disobedient doll, mixing insolence into delicate gestures of obedience. It is a comic first half that actress Johanson handles with impish, effective humor. Atung, performed with just the right sour notes and confrontational insights by Schneider, is much more aware of how he and Afong Moy are being used, and he breaks the fourth wall with the audience constantly to reveal his hidden desires and his weakness for subservience. It is an excellently balanced performance.

The play builds in its purposes as the actors comment on the times they live in and the times ahead, and then the play suffers from some overwrites that are quite understandable. Every talented writer falls in love with how the same words can clash against each other with different meanings. Director Adrales, perhaps too enamored of the message, fails to address the figurative excesses in language.

More importantly, she allows actress Johanson to overdo the second half, when an aging Afong Moy realizes on one level she has been used and on the internal level vows to defy her masters, to relish in her desires for freedom. The play and character emphasize that this is her dream escape, that the abuses continue and that all The Chinese Lady can do is ask us to look at her as honestly as she is trying to look at herself.

It’s a good theatrical conceit, but Johanson tries to huff and puff her way into those angry feelings, rather than letting the nuances and inner meaning flow under the technique. The Chinese Lady doesn’t need to beat the audience into submission. We are more than willing to see the ironies for ourselves. 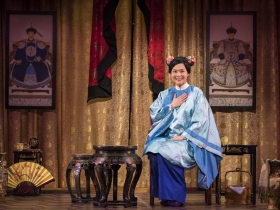 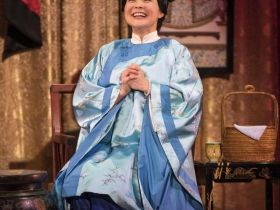 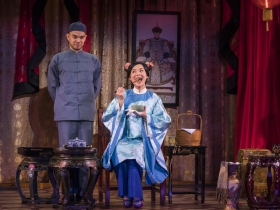 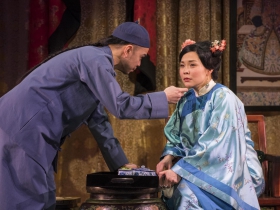 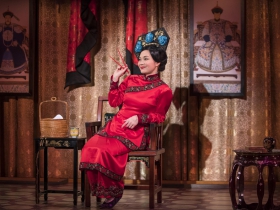 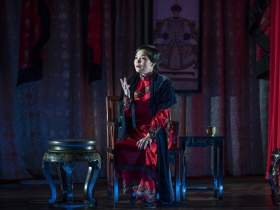