By Laurel White, Wisconsin Public Radio - Oct 9th, 2018 10:16 am
Get a daily rundown of the top stories on Urban Milwaukee 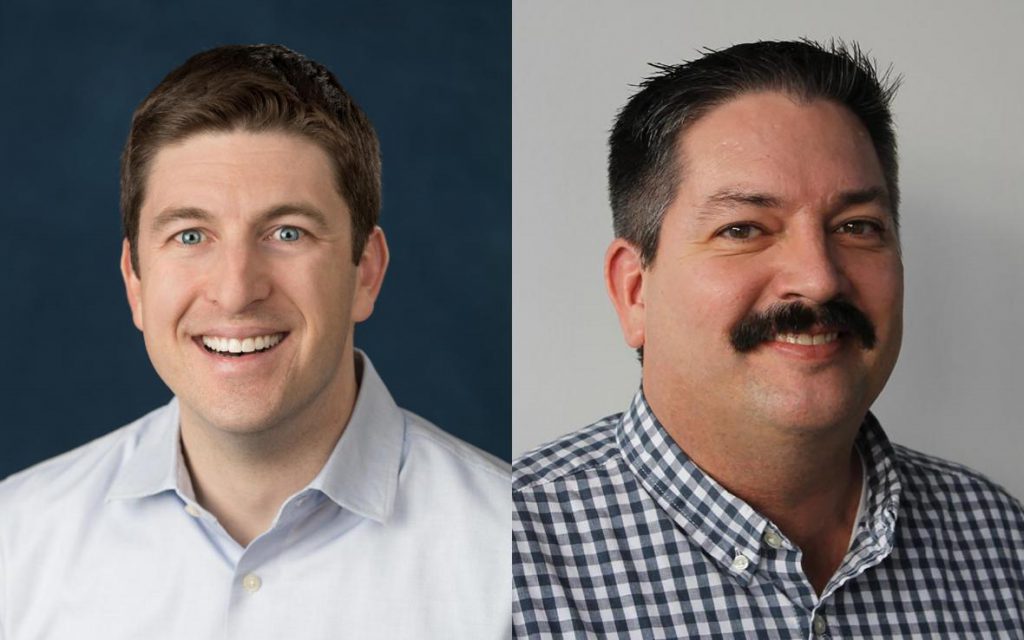 Bryan Steil and Randy Bryce. Photos courtesy of the campaigns.

Last year, millions of dollars started flowing into Wisconsin from all over the country with one purpose: defeat Paul Ryan in 2018.

That money mostly went to Democrat Randy Bryce, an ironworker who had run and lost several elections before. In June 2017, Bryce struck a chord this time with his campaign announcement video, which challenged Ryan to “trade places” with him.

But about a year later, Paul Ryan threw the Bryce campaign an unexpected curveball: he bowed out of the race and announced his retirement.

The narrative of the campaign abruptly changed — Bryce was no longer running against a high-profile foil. In August, Republicans chose political newcomer and former Ryan staffer Bryan Steil as their party’s nominee for the seat.

In an early campaign ad, Steil introduced himself as a conservative outsider who would bring “Wisconsin-style” politics to Washington.

“Because I was raised right here in Janesville, on southeast Wisconsin-style values, I don’t care much for Washington-style politics,” Steil said in the ad.

The GOP nominee and his allies have tried to frame the race around law enforcement. Republican groups have run multiple ads pointing out Bryce’s arrest record. He has been arrested nine times for crimes, including drunk driving and property damage.

Joe Zepecki, a Democratic strategist who has worked on a number of campaigns in Wisconsin, said Bryce has responded well to those attacks.

“He’s put it out there and said, ‘This is who I am, take it or leave it. You know what, we’ve got enough people with Ivy League credentials and who have never gotten in trouble in their whole life in Congress, and look where it’s gotten us,'” Zepecki said.

Meanwhile, Steil has touted the endorsement of all six sheriffs in the 1st Congressional District — and Bryce’s brother, James, who is a police officer.

Steil is running in a political climate many have acknowledged will be tough for Republicans, but Mark Graul, a Republican strategist who has worked on statewide campaigns, said he’s very optimistic about Steil’s chances of holding onto the seat.

Graul said he believes Steil’s personal and professional history will be relatable to voters in the district.

“His background in manufacturing I think is a real positive right now,” Graul said. “I think his work in the community with his family is also something that’s a real positive, and I think a big contrast with Randy Bryce.”

Bryce has countered that by saying Steil’s work as a lawyer for a manufacturer isn’t the same as “working in manufacturing.” He also links Steil’s work to outsourcing jobs and implies he hasn’t had the interests of regular people at heart.

“It’s not about who is the more perfect person to represent you,” Bryce said in a recent ad. “It’s about who understands the hardships that you’re going to face in order to make your world a better place.”

Both candidates are putting their views on health care front and center.

Bryce has focused heavily on his support for Sanders’ “Medicare for All” proposal, and one element of the Affordable Care Act: guaranteed coverage for people with pre-existing conditions.

Steil counters that Medicare for all would be too expensive and give too much power to the government.

Steil also supports coverage for pre-existing conditions, and has said he wouldn’t push to repeal the ACA, but work to improve it. Steil says more price transparency in health care and increased use of health savings accounts are ways to make the system better.

The candidates split along party lines on issues like taxes, gun control, and immigration.

The race doesn’t have the national profile it once did, without Paul Ryan on the ballot. But Steil has still managed to raise almost $1 million for his campaign. Republicans in Wisconsin’s 1st Congressional District are fighting hard to hold onto a seat they’ve held for two decades, while Democrats think Bryce is the man who could harness liberal enthusiasm and flip it.