By Rich Kremer, Wisconsin Public Radio - Aug 24th, 2018 10:58 am
Get a daily rundown of the top stories on Urban Milwaukee 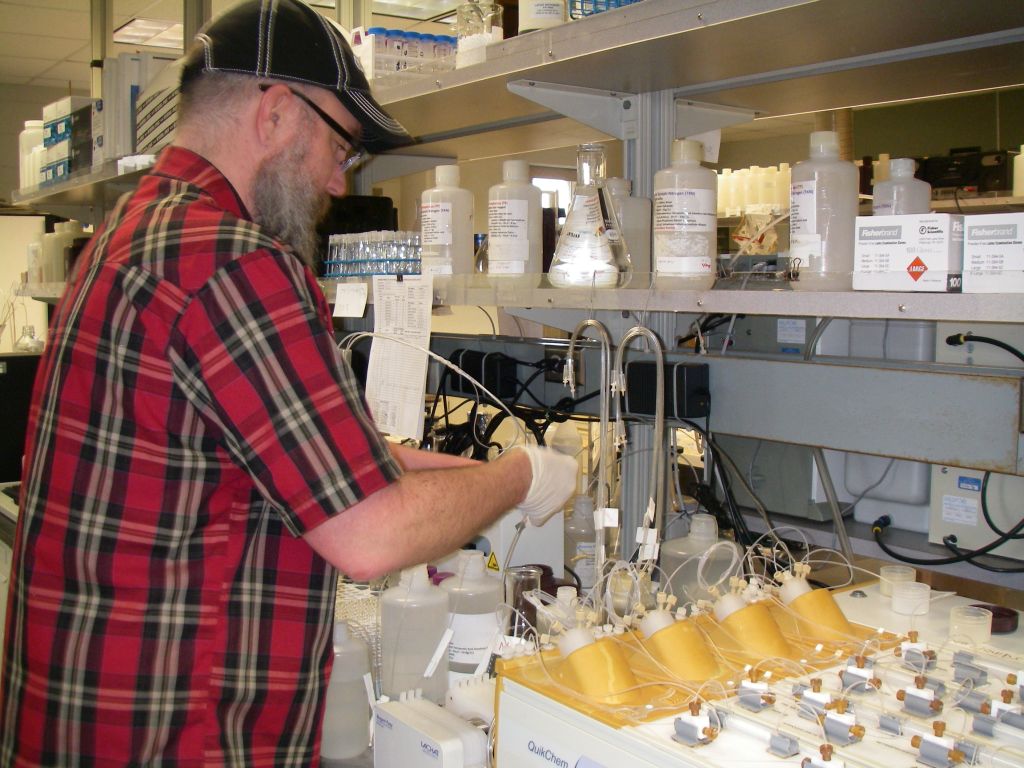 The Wisconsin Department of Natural Resources is still behind on reviewing a backlog of wastewater discharge permits more than a year after an audit found the agency wasn’t following its own policies aimed at preventing water pollution, the agency reports.

A report requested by state Sen. Robert Cowles, R-Green Bay, shows the DNR fell short of its goals for reviewing municipal, industrial and concentrated animal feeding operation (CAFO) wastewater permits between July 2017 and July of this year. The DNR did not respond to a request for comment on the data.

Under DNR rules if the agency fails to review and reissue a wastewater permit before it expires, it’s automatically extended.

The U.S. Environmental Protection Agency has indicated the size of a permit backlog is a good measure of how well a state’s wastewater program is administered.

The situation for municipal and industrial permits has improved, though, since a 2016 audit of the DNR’s Wastewater Pollutant Discharge Elimination System Program found backlogs of 22.5 percent for municipal permits and 27.7 percent for industrial permits in 2015. But the 2016 audit reported the DNR was below its threshold in 2015 when it came to CAFOs, which suggests the agency backlog for large farms has gotten worse.

The DNR did not provide context as to why there was improvement in the report.

During an Aug. 8 Natural Resource Board meeting, Cowles, who co-chairs the state’s Joint Legislative Audit Committee, voiced frustration over a lack of information from the agency on the progress it was making to address findings in the audit. He told the board and agency he was most concerned about a lack of enforcement of the state’s water laws.

“There’s laws out there and they should be enforced in a timely way, and if there’s violations, they should be turned over in an expeditious way to the attorney general without a lot of equivocation,” Cowles said.

If the DNR determines environmental violations are serious enough, the department refers the case to the state Department of Justice for possible prosecution.

The 2016 audit found between 2005 and 2014 the DNR only issued 33 notices of violation out of the 558 instances the nonpartisan Legislative Audit Bureau noted violations should have been issued.

The report released Wednesday for Cowles showed the DNR issued 229 notices of noncompliance, 51 notices of violation, held 49 enforcement conferences with violators and referred five CAFOs to the attorney general’s office for possible prosecution.

In an interview Wednesday, Cowles said he’ll seek a deeper analysis from the Legislative Audit Bureau to see how those metrics match up with the 2016 data.

Cowles said the problems within the DNR’s wastewater program were bipartisan in that the 2016 audit issues span from 2005 to 2014, during the administrations of Democratic Gov. Jim Doyle and Republican Gov. Scott Walker.

But the senator said he was pleased with the DNR’s progress in inspections of facilities that hold wastewater permits. The agency reported the number of inspections of municipal, industrial and CAFO permit holders were well above EPA goals .

“I think the people of the state want to see our water pollution laws enforced and kept up. People love to have clean water and have confidence in their drinking water,” said Cowles. “It’s moving in the right direction but I’m going to continue to follow up, and this is one where it will take multiple follow-ups until we feel that comfort level where we don’t have to be concerned about it anymore.”

“Whether recent rules meant to address drinking water contamination in Kewaunee County, help citizens really depends how quickly and effectively they’re put into practice,” said Drewsen. “The DNR needs to step up to the occasion to ensure that citizens’ drinking water in northeast Wisconsin is protected and all laws are effectively implemented.”

The DNR’s report also detailed the agency’s efforts to fill staff vacancies in the wastewater discharge permitting program, which were partially blamed for the backlog of permits. The agency reports that staffing is currently at 88 percent in the section focusing on municipal and industrial permits and 86 percent in the section focusing on CAFOs. There are 12 vacancies in the Wastewater Pollutant Discharge Elimination System Program, with six candidates in the beginning stages of the hiring process, according to the DNR.