Milwaukee-based photographer captured a golden age. Excerpt from new book. Back to the full article. 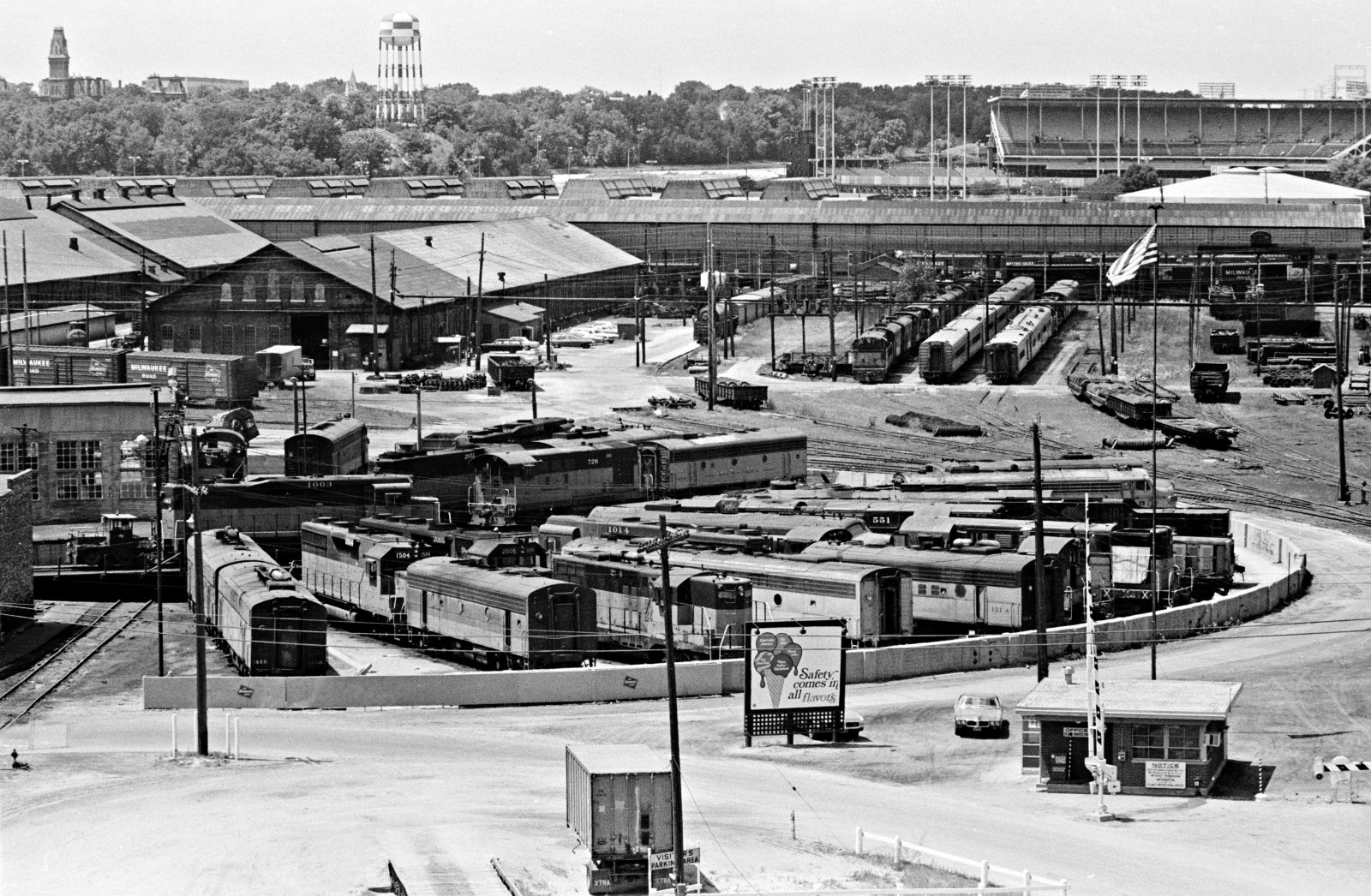 At its peak, the Milwaukee Road’s network covered more than 11,000 miles, stretching from the Ohio River to Pacific Tidewater, but its largest shops were always in its namesake Wisconsin City. Sprawling out across the Menomonee River bottomlands west of downtown, the shops handled everything from light maintenance to building new cars and even locomotives. In this view from the early 1970s, first- and second-generation diesels from Electro-Motive and Fairbanks-Morse line the garden tracks surrounding the turntable. Milwaukee County Stadium home of the Brewers, stands at right in the distance to the west.