Frankly Music Goes To The Movies

Frankly Music explores the serious side of composers known for their contribution to movie scores in a “Movie Night” concert this Monday evening at Saint Paul’s Episcopal Church. Frank Almond has invited enough players to fill out a piano quintet. He will be joined on violin by Ilana Setapen, associate concertmaster of the Milwaukee Symphony Orchestra. Violist Nicholas Cords, soloist and contributor to Yo-Yo Ma‘s Silk Road Ensemble, and cellist Julian Schwarz, an accomplished soloist and chamber performer, complete a string quartet. Canadian pianist Marika Bournaki completes the quintet. Bournaki has been an active champion of new music and multimedia projects including an award-winning documentary, “I am not a rock star.” Together, Bournaki and Cords won 1st prize at the Boulder International Chamber Music Competition’s “The Art of the Duo” in 2016. 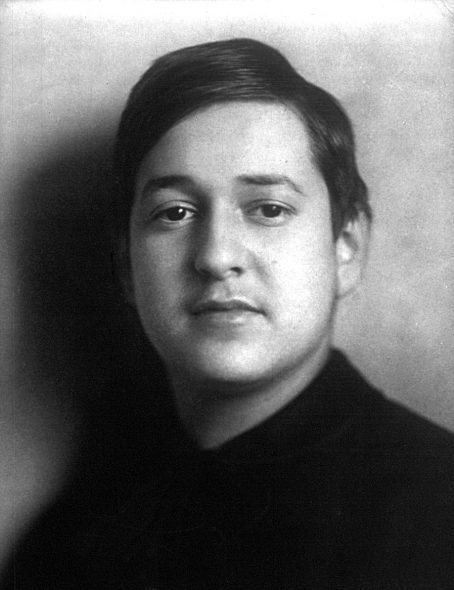 Erich Korngold. Photo is in the Public Domain.

The art of scoring for films has sometimes been viewed as a second class craft. In the pressure cooker of the film industry the results were often limited. The composers celebrated on this program were hardly typical. As the industry began, Hollywood was blessed to have access to some of the best composers of the time. Established composers, Erich Korngold and others, fled an unstable Europe in the 1930s. Korngold was able to demand a contract on his terms and to develop scores such as the Adventures of Robin Hood, Sea Hawk and King’s Row at his own pace. At the height of the studio system, American composer Bernard Herrmann developed a close collaboration with an independent Alfred Hitchcock that allowed him full artistic control in such films as Psycho, North by Northwest and Vertigo. Much later, John Williams found similar artistic freedom through collaboration with Steven Spielberg in films as varied as Jaws, Star Wars and Schindler’s List.

However, in this concert Almond has scheduled works by Korngold before he came to Hollywood in 1935. Korngold’s Viel Lärmen um Nichts (“Much Ado about Nothing”), Op. 11, a four movement suite for violin and piano (1918-1919), was written in Vienna at age 21. The incidental music is inspired by scenes within Shakespeare’s play, reflecting the story in movements such as “Two Tipsy Night Watchmen” and the “Wedding Celebration.” Critic Joseph Stevenson reflects that this work demonstrates “the genius for quick characterization by means of ready melody, imaginative tone color, and harmonic lushness that would later make him Hollywood’s leading film soundtrack composer.”

Korngold’s Piano Quintet in E major, Opus 15 (1921-22) drew upon his success with lieder and opera. Critic Brendan Carroll  observes that “its heroic, effusively romantic melodic style owes much to the atmosphere of his legendary opera, Die tote Stadt. Conceived in three complex movements, the Piano Quintet teems with ideas. It opens in the tonic key of E major with Korngoldian expansiveness – bold, upward-leaping and intensely romantic – contrasted with a second subject of great beauty and simplicity. The Adagio is an ingenious set of nine variations from his song cycle Lieder des Abschieds (Songs of Farewell).” Carroll concludes that “Korngold’s development is masterly and the difficult string writing is complemented by the virtuoso piano part.” 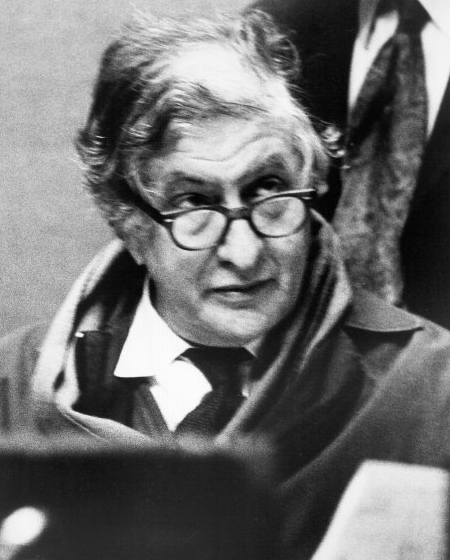 Bernard Herrmann. Photo is in the Public Domain.

Bernard Herrmann wrote Echoes, for string quartet (1965) as his relationship with Hitchcock was ending and his movie scores were seen as out of fashion. Critic Neil Sinyard describes the cinematic roots in the work:

A beautiful, brooding opening theme establishes a melancholy tone and it will recur as an interlude before each part of the score, binding together the flickering changes of mood and style. It is a deeply personal work: there are echoes of his own music and personality that could have come from no one else. A sad waltz echoes the “Memory Waltz” from Snows of Kilimanjaro (1953); a habanera rhythm fleetingly recalls the music for James Stewart’s obsessed spying on Kim Novak in the art gallery scene in Vertigo; a macabre scherzo is like those ‘rides in hell’ at which Herrmann excelled in numerous ﬁlms, just as the Allegro momentarily has something of the violence of Psycho.

John Williams may be viewed as a throw back to the earlier romantic, symphonic style of Korngold and Herrmann. He thrived with the reemergence of blockbuster films, especially the new “space western” genre of films such as Star Wars. 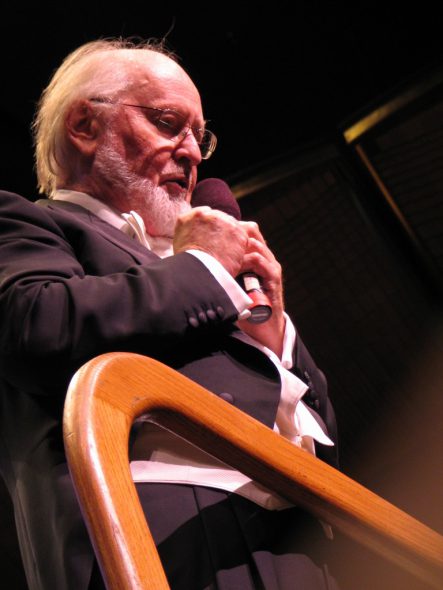 Williams collaboration with Spielberg on Schindler’s List was a journey by both to create an intense and personal film, without the bravura of most of the films they did together. The Theme from Schindler’s List was not designed to fit the story of the film, but to draw deeply from emotional drama of the film. An analysis and performance of the theme by violinist Ann Fontanella may be viewed at YouTube. She demonstrates how changes in pitch, pace and volume work together to create a powerful statement.

Although none of the selections for “Movie Night” directly reflect the story line of a cinematic production, the selections are not “absolute music.” Each work is inspired by an emotional reflection on the human drama from the best of story telling traditions.

This concert will be held at 7:00 p.m. Monday, November 27. Saint Paul’s Episcopal Church is located at 914 E. Knapp St. (at Juneau). Parking is available at the Lincoln High School of the Arts lot just across the street. Tickets may be purchased online – $30 general, $10 student. Join the “FM Friends” for a variety of discount opportunities.

The third Frankly Music concert of the season – “Glass Houses” – will examine minimalism in various forms, from Philip Glass to Tchaikovsky. This January 22, 2018 concert will be held at Schwann Concert Hall at Wisconsin Lutheran College.