Why France Started to Dance 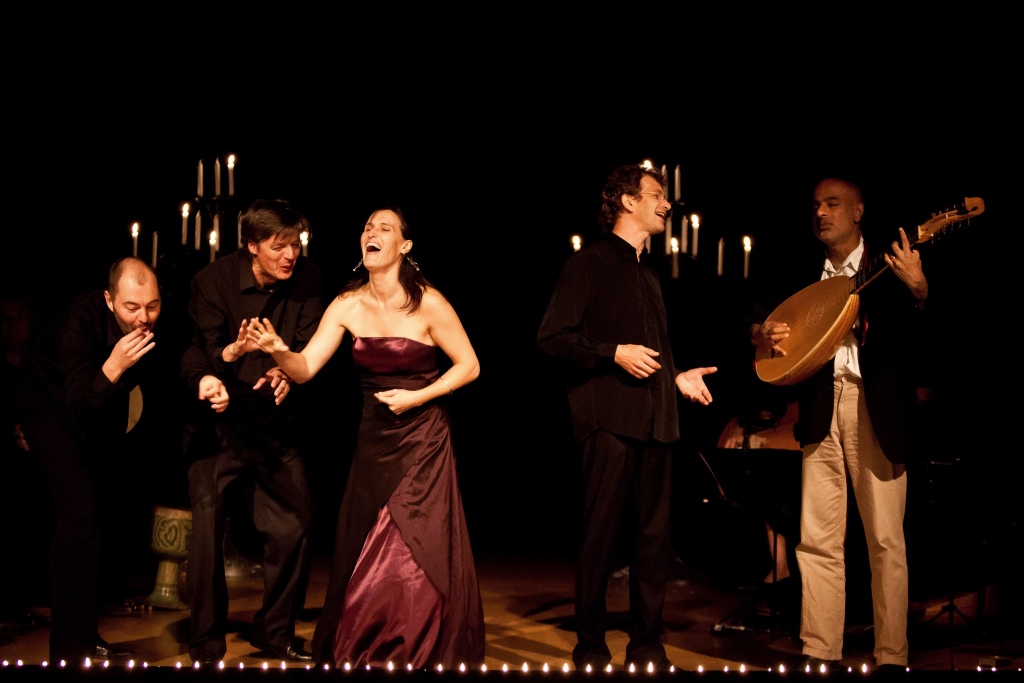 Led by Artistic Director Vincent Dumestre, Le Poème Harmonique opens a window to a critical point in the development of Western classical music, when the energy of dance and engaging song moved from its origins in Spain to France, then on to the rest of Europe. When Louis XIII married the Spanish Infanta Anne of Austria in 1615, he not only infused the royal line with Spanish blood through his son Louis XIV, he also brought folias, sarabandas, españolas and españoletas north of the Pyrenees.

A key evangelist for the Spanish Baroque guitar, Luis de Briceño appears to have been responsible for the introduction of the five-course guitar into France. His instructional writings and his compositions for song and dance helped to popularize the style following an era of more reserved French music.

The French were more timid with their love songs, while the poets and singers of Spain were more frank about love, betrayal and drama: “Weep, weep, my eyes, ah for your pains! Pay in tears, and with interest” or “Where shall a poor wretch find refuge? if even snow is burning with fire?” The rhythms of the French Suites of late Baroque derived directly from Spanish dance.

Program notes recognize the wider influence on French culture. “Served by the ardour of its songs and the witticisms innate to its language, the Spanish influence was soon being felt in large swathes of the French musical arts. From the palace to the street, through a multitude of genres and imaginary scenes, the same spirit haunted its sounds: the beat of the dance, relentless like the Andalusian sun, bewitching like madness.” 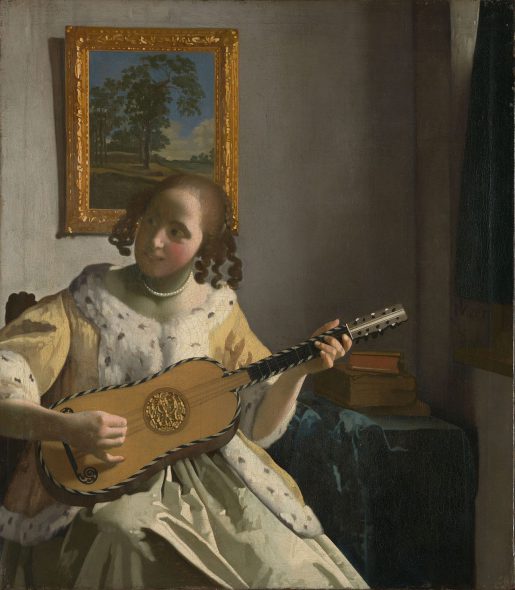 Spanish Baroque Guitar – Painting by Johannes Vemeer. Photo is in the Public Domain.

Le Poème Harmonique will recreate a concert likely to have been heard in the Versailles court of King Louis XIII circa 1620. The ensemble seeks authentic sounds. Early Music Now audiences have learned to appreciate the unique timbre of the viola da gamba. Baroque chamber ensembles often included classical guitars as well. Each was later replaced by louder instruments more appropriate for concert halls. The nine or 10 strings of the 17th century five-course baroque guitar are paired and tuned to five pitches. As with the viola da gamba, this guitar produces a subtle resonance ideal for intimate settings.

This performance will feature a Baroque violin, two different sized viola da gambas, Baroque guitar and percussion. Mezzo soprano Isabelle Druet will sing. The ensemble offers a unique, refined sound. Critic Terry Mason, reviewing a version of this concert at London’s Wigmore Hall, observed that the ensemble has “certainly done Briceño justice in bringing both his music and the Spanish (Baroque) guitar back to reclaim its place on the concert platform. His music and Le Poème Harmonique gave us a demanding, hugely individual and very different concert programme, brilliantly executed with flair and imagination.”

The unique quality of the sound of this ensemble can be appreciated by checking out these YouTube samples of lively Spanish song and more intimate ones.

The Early Music Now concert starts early enough in the evening to allow participants to fit in another event the same night. A pre-concert lecture will begin at 4:00 p.m. The “Danza!” concert begins at 5:00 p.m. Saturday, November 11. St. Paul’s Episcopal Church is located downtown at 914 E. Knapp St., at the corner of Broadway and Juneau. Parking is available on the street, and in the Lincoln High School of the Arts parking lot across the street from the church.

Tickets may be purchased online or at 414-225-3113. A substantial savings is available through season tickets, although the premium Tier 1 seats are no longer available.

Early Music Now’s next concert after this one is the Christmas concert, on December 9 and 10, which will feature one of America’s preeminent early music ensemble, the Boston Camerata. They will be joined by SHARQ Arabic Music Ensemble for a program of music from the various coastal areas around the Mediterranean, spanning more than 700 years, all inspired by both traditional and unusual aspects of the Christmas story. The dichotomy between the Arab and Western worlds dissolves in A Mediterranean Christmas.