By Edgar Mendez, Milwaukee Neighborhood News Service - Mar 31st, 2017 11:19 am
Get a daily rundown of the top stories on Urban Milwaukee 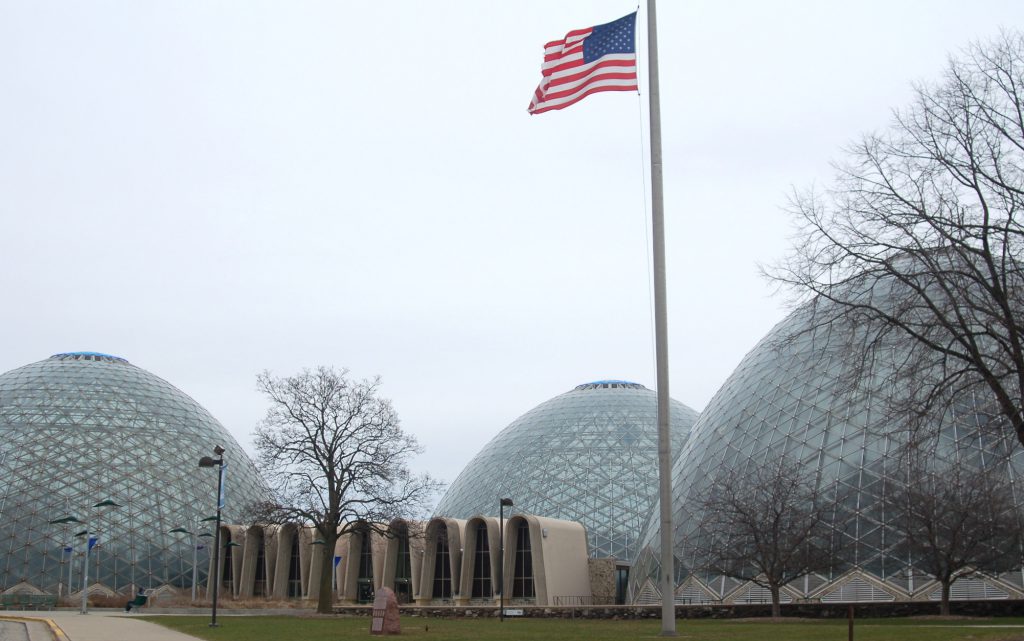 A recently released report on the Domes, located at Mitchell Park in Clarke Square, cited a much lower repair cost than previous estimates. (Photo by Edgar Mendez)

Gloria De Angelo, owner of Gloria’s Cake Shop & Café, recalls the Mitchell Park Domes as her first stop upon returning to Milwaukee after moving to Mexico with her family three decades earlier.

“It’s our very own local treasure,” De Angelo said. “I’d seen pictures of myself there as a baby.”

Now that it’s been named a National Treasure by the National Trust for Historic Preservation, De Angelo and other Milwaukeeans hope that the new designation could spark enough momentum to save the landmark.

The announcement of the Domes as a National Treasure coincided with the release of a report outlining a new and much cheaper plan to conserve the Domes — even more positive news for residents and others who’ve been advocating for rehabilitating the conservatory.

The report, prepared for the National Trust by Wiss, Janey, Elstner Associates, Inc., (WJE) estimated a cost of $18.6 million for a comprehensive rehabilitation of the Domes, about one-third of the price tag of the full rehabilitation option developed for Milwaukee County by GRAEF Consulting.

The report identified a lower cost solution to fix water leakage, a primary cause of the falling chunks of concrete that closed the Domes in early 2016. The Domes reopened later that year, after the installation of mesh safety netting.

According to County Supervisor Peggy West, who represents the area in which the Domes are located, the new estimate makes it much more likely they will remain a fixture in Clarke Square.

William H. Lynch, chairman of the Mitchell Park Horticultural Conservatory Domes Task Force, said the group will benefit from the engineering review in the report, which provides valuable information on what is needed and possible. It also helped by identifying more affordable alternatives, he said.“I think the desire of the (County Executive Chris) Abele administration to tear down the Domes and the much higher price tag, he felt, made a much better argument. Fortunately, we have more realistic numbers now,” West said.

“We will be assessing the feasibility of the proposed rehabilitation option as we move toward a recommendation for the future of the Conservatory,” Lynch said.

County Supervisor Jason Haas, who is also a member of the task force, described the new estimate as “within the scope of our local government’s funding ability.” A funding plan would include long-term financing and recruitment of donors, he added, pointing out that the designation as a National Treasure should help.

“It raises the Domes’ profile, both in the eyes of our local community, and to people who are interested in preserving and enhancing them,” Haas said.

According to Haas, the next task force meeting will include an official response from the county to the report by WJE, statements from the City of Milwaukee about plans for the surrounding area and discussions about possible collaboration between the Domes and other nearby organizations.

One of those neighboring institutions is the Urban Ecology Center (UEC) Menomonee Valley Branch. According to Ken Leinbach, executive director of UEC, Three Bridges Park, which connects via a passageway to the Menomonee Branch of the UEC and to the Hank Aaron State Trail, was built with the intention of connecting the Silver City neighborhood to the Domes and Mitchell Park.

“That way we could take kids on a field trip from the Urban Ecology Center to the Domes. To lose the Domes at the other end of the bike trail would … be terrible for the city as a whole,” Leinbach said.

Ian Bautista, executive director of the Clarke Square Neighborhood Initiative, said losing the Domes would be psychologically damaging to the southeastern region of Wisconsin. In Clarke Square, he said, it would remove a strong and iconic identifier for residents.

“We should protect and enhance these architectural landmarks for the long run. Our grandchildren will thank us for it,” Bautista said.

The impact of losing the Domes would be tremendous, said Jennifer Sandy, senior field officer for the National Trust for Historic Preservation, a nationally respected organization. The trust selects only a small group of projects around the country to improve the chance that they are preserved. Aside from losing an iconic landmark, the surrounding neighborhood would also lose the economic benefit of having the Domes nearby, she added.

“The people who visit the Domes could be having lunch at neighborhood cafes or shopping at nearby stores,” Sandy said. 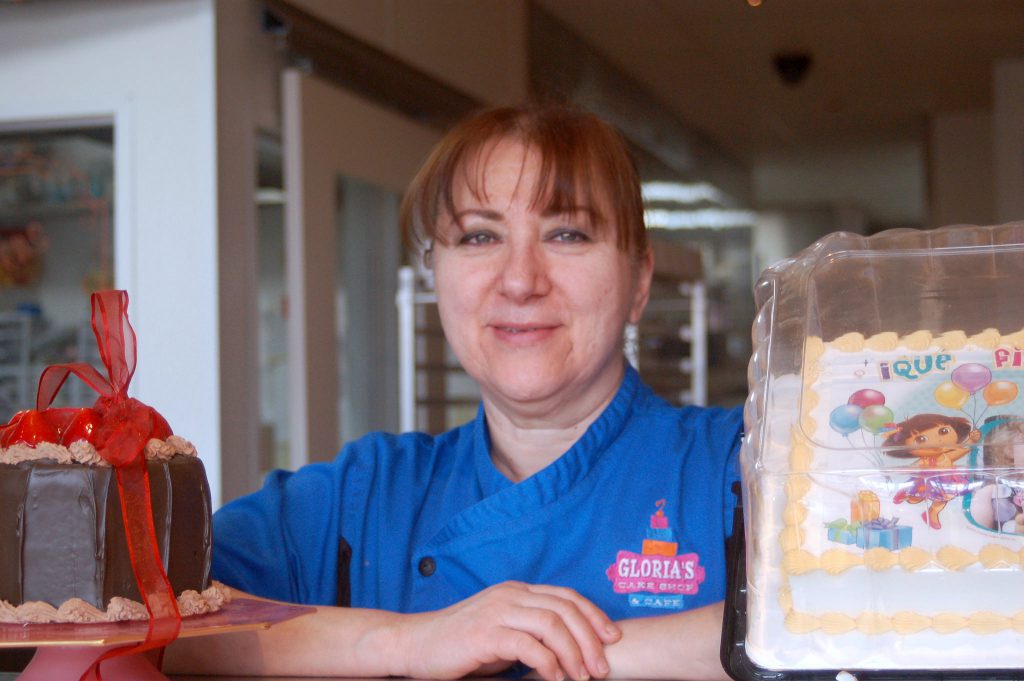 Gloria De Angelo, owner of Gloria’s Cakes, said having the Domes nearby has benefited her shop. (Photo by Edgar Mendez)

De Angelo said she has no doubt that her store, which specializes in original cake and pastry designs, benefits from having the Domes nearby.

“I sell cookies there and when people from other countries or cities visit the Domes sometimes they stop here,” De Angelo said.

Along with helping her business, the landmark serves another purpose for De Angelo.