Co-founders of group discuss activism, urge students to “get engaged.”

By Allison Steines, Milwaukee Neighborhood News Service - Oct 19th, 2016 11:01 am
Get a daily rundown of the top stories on Urban Milwaukee 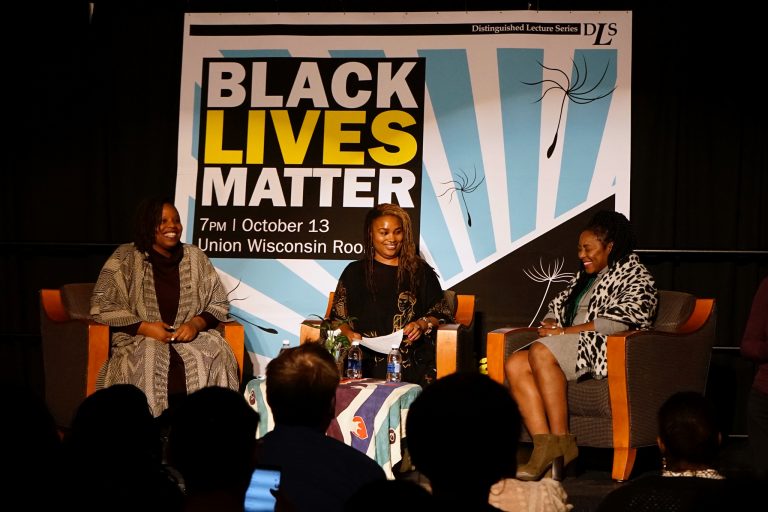 Alicia Garza, a co-founder of Black Lives Matter, has been an activist since she was 12 years old. Garza, 35, was raised by a single mother, who encouraged her to become involved in social issues at a young age.

Another co-founder, Patrisse Cullors, 32, faced a multitude of struggles during her life: coming out as queer, her brother’s incarceration and her father’s death.

“Rage and love… I don’t see them as mutually exclusive,” added Garza. “I see them as two halves to a whole. We have to transform rage that motivates us into deep profound love.” 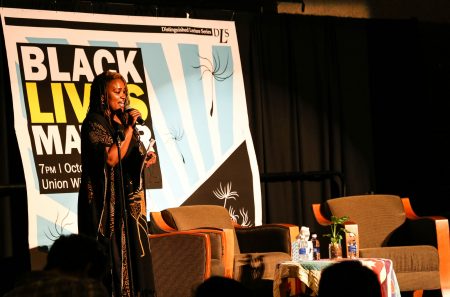 Speaking at the UW-Milwaukee Union to a sold-out crowd of more than 700 people, Garza and Cullors explained that their personal traumas led them to activism.

The two women started the Black Lives Matter movement with Opal Tometi in 2013 as a response to the acquittal of George Zimmerman in the Florida death of Trayvon Martin, an unarmed black teenager who died after Zimmerman shot him in the chest. Garza wrote what she described as a love note and posted it on social media; then the three of them tagged it with #BlackLivesMatter.

According to its website, “#BlackLivesMatter is a call to action and a response to the virulent anti-Black racism that permeates our society.” During the last three years, the Black Lives Matter movement has shifted from an Internet hashtag to an in-person call to action.

Moderator and doctoral student Charmaine Lang sat with Garza and Cullors on stage, reading question after question submitted by the audience. One common theme echoed throughout the attendees’ questions: they all wanted more. More education; more involvement; more action.

Explaining why they think white people should get involved in the movement, Cullors said, “We need all hands on deck.” Both mentioned the importance of action, not talk.

“Get engaged, ask questions and don’t be afraid to mess up, because you will,” Cullors advised. “Just keep showing up.”

Acknowledging that some people have been critical of the movement because they feel it is not inclusive, Garza noted, “We are not trying to build black supremacy. We are trying to transform the world we live in by fighting back against the tide of amnesia that this country is powered by.”

One audience member raised a question about Republican presidential candidate Donald Trump: “How do we hold the university accountable for creating a safe space for people of color? For example, allowing Donald Trump on campus?” More than 400 people watched Trump tape a town hall interview with a FOX News Channel reporter in April, two days before Wisconsin’s presidential primaries, according to the UWM Report.

Cullors acknowledged that “Trump on campus opens up a pretty big sore,” adding, “It allows for marginalized people to not be safe.”

Cullors then addressed how to make sure the needs of minority groups are met at UWM: “hold a meeting, express your needs, push your needs and if your needs still don’t get met, pursue them harder.”