Saluting the Spirit of Sharon Adams

By Brendan O’Brien, Milwaukee Neighborhood News Service - Dec 28th, 2015 10:41 am
Get a daily rundown of the top stories on Urban Milwaukee 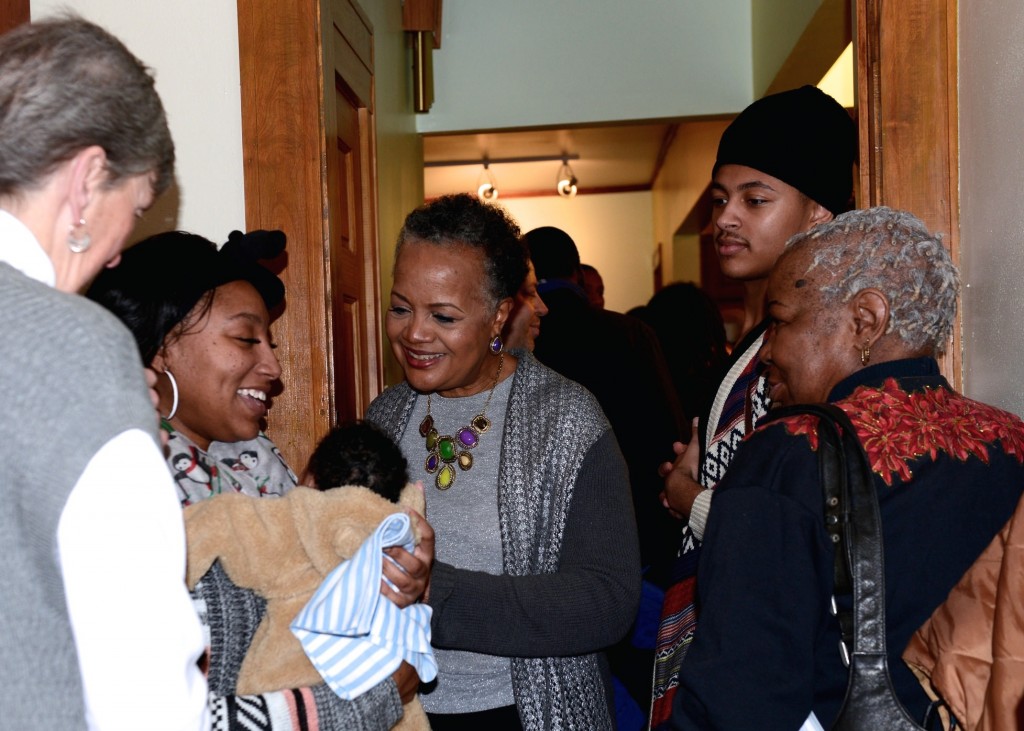 Sharon Adams mingles with community members during an event held to pay tribute to her and her work at Walnut Way, the organization that she co-founded. Photo by Sue Vliet.

Deandre Gee had a life-defining choice to make two months ago.

The 30-year-old could have sought revenge for the death of his brother, a shooting victim, or listen to Walnut Way co-founder Sharon Adams, who gave him peaceful, calming guidance over a peanut butter and jelly sandwich in the kitchen of the organization’s community center, a converted house in the Lindsay Heights neighborhood.

He chose the latter.

“I just want to thank Sharon for being the one that I can speak to, being someone I could trust and being someone I can love,” said Gee, relaying the story to community members and civic leaders who attended an event to celebrate Adams and the positive impact she has had on neighborhood residents as director of the Walnut Way Conservation Corporation.

Adams recently announced that she is stepping away from the organization that she founded with her husband Larry in 2000. For the past 15 years, Adams and Walnut Way have helped transform the neighborhood through community organizing, property restoration and economic development. 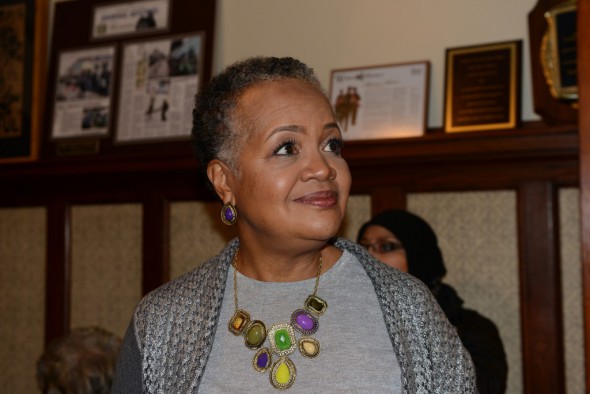 Sharon Adams is stepping away from Walnut Way and looking forward to her next challenge. Photo by Sue Vliet.

“I feel so loved by so many of you and I’m so grateful. I want you to continue to love each other and do good,” she added.

Under the guidance of Adams, who grew up in the neighborhood, Walnut Way has spearheaded several residential projects that have created dozens of homes through new construction and the renovation of abandoned houses. One such property is at 2240 N. 17th St. Once a drug house, Walnut Way took it over, renovated it and turned it into the organization’s community center, where the event took place.

“Now it’s serving the community and it is filled by the people of the community,” Adams proudly said as she mingled with attendees, who enjoyed snacks and refreshments as they congratulated her with warm handshakes and hugs.

The organization also has turned vacant lots throughout the neighborhood into thriving gardens and orchards and helped begin a rejuvenation of the neighborhood’s commercial corridor, highlighted by the creation of the Innovations and Wellness Commons, 1617 W. North Ave., a $2.2 million development that focuses on nutrition and health.

In addition to the dozens of civic engagement, environmental and economic initiatives, Walnut Way has created a long-term quality of life plan to strategically improve the educational, health and safety opportunities in the neighborhood under Adams.

Rigii Njoroge, president of Walnut Way’s board of directors, said Adams’ departure will leave a void that will be filled by the abundance of support the organization receives from community members and city leaders.

“I’m basing my calm on all of this support that we have,” he said. “It’s a new chapter and a new way of doing things. It’s exciting.”

Adams did not call her departure a retirement, but a transition, saying that she did not know what her next project will be.

“It’s going to be wonderful, whatever it is,” she told the crowd. “I learned in coming here that I was responding to a spiritual calling. …I have been called to increase my territory. I don’t know what exactly that means.”