The Trumpet Shall Sound

And did. MSO’s version of Messiah filled St. Josaphat’s with a bright, lush, passionate music making. 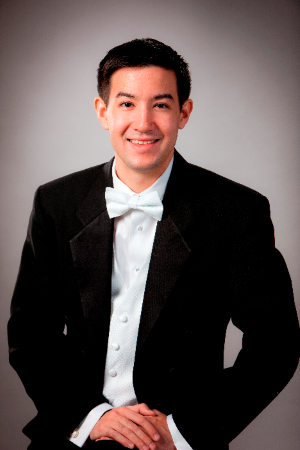 If one were hearing George Frideric Handel’s Messiah for the first time, doing so in the Basilica of St. Josaphat, as it was performed this past weekend, would not convey to listeners all the exquisite detail the composer had penned. But in recompense one was richly rewarded with the lushness of the Milwaukee Symphony Chorus, the clear and bright sound of the Milwaukee Symphony Orchestra, and the vocal passion of the guest soloists.

Conductor Francesco Lecce-Chong paced Handel’s oratorio with stately grace and starched crispness, avoiding the horse manure that gets dragged in on the boots of lesser conductors. Leading from the harpsichord, Lecce-Chong began the evening working harder than necessary, perhaps fearing that the whole enterprise might become an acoustical hulaballoo without his frenetic insistence from the podium, but by the time the proceedings had reached the third section, all was coordination and ease.

With convincing power and clarity, tenor Theo Lebow and baritone Michael Dean gave top-drawer performances that cut through the sonic veil created by the high-vaulted ceilings of the basilica. Lebow has a beautifully open sound with easy production and excellent diction, and he makes lovely musical shapes with his phrases. Dean’s voice is magnificent. He manages his power and virtuosity with great taste, clarity, and conviction, creating the confident impression of musical rightness.

Soprano Elizabeth Sutphen and mezzo-soprano Jennifer Panara didn’t fare so well at penetrating the mist. Sutphen made a lovely sound in the more lyrical sections, but her florid passages were gobbled up in the reverb of the space. Panara’s voice lacked the heft of a true mezzo, and her intonation strayed from home more often than was easy to ignore.

The Milwaukee Symphony Chorus sounded slightly remote in some note-filled segments that required clarity; however, when called upon to produce a lusty, joyful noise, as they did in He trusted in God, they exceeded expectations. And as for the elegant warmth they achieved in the final Amen, there is no chorus I’d rather hear.

The time-honored tradition of standing for the Hallelujah Chorus is ripe for retirement. If one believes it is because that’s when the king rose, please be seated—we won that war. If it is out of the need for a seventh-inning stretch, wait until the end of the chorus, where there is a pause built into the score. If it is because “all we like sheep have gone astray,” don’t follow the flock. The first ten bars become a distracting jumble of Handel, creaking joints, dropped programs, and groaning pews.

The final section of the Messiah has the power to pull tears from even the most jaded listener. The blazing baritone of Dean and the superbly lyrical trumpet playing of David Cohen lit up The Trumpet Shall Sound, and the magnificence of the entire ensemble made the end of the Messiah memorable by filling the space with joy and exultation.