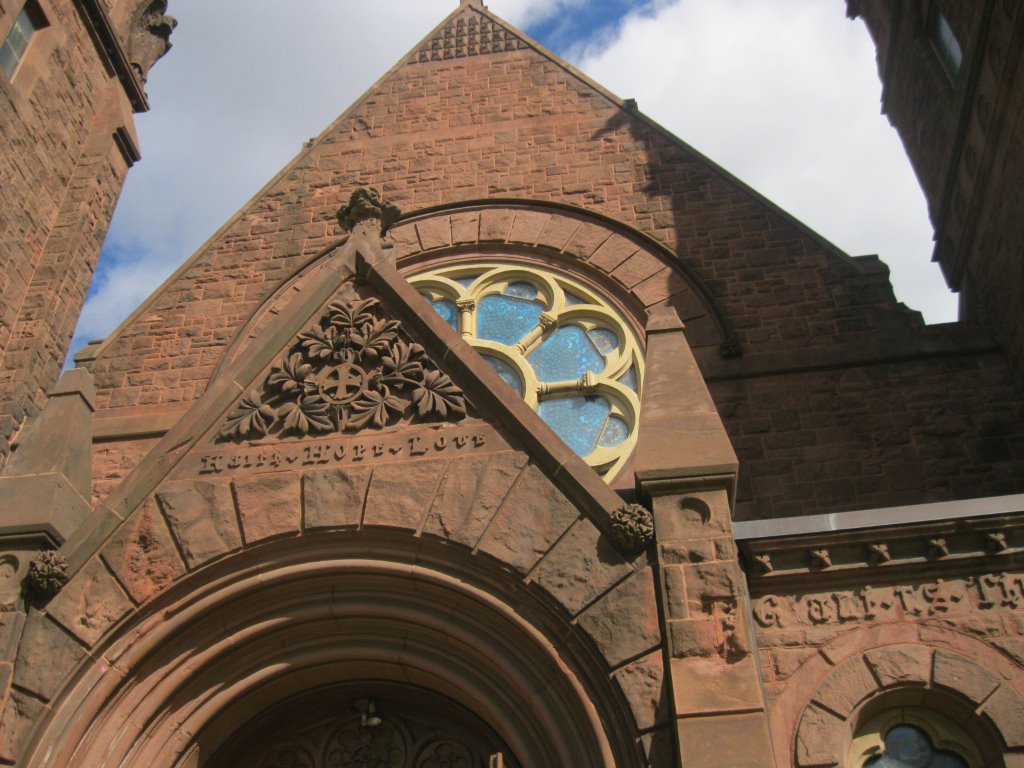 Stop me if you’ve heard this one before…Frank Almond plays a Strad. Oh, lovely, you have heard this. Good, let’s move on. From my seats in various halls around town I overhear conversations about the Strad more than I do about Almond’s playing. We are fortunate that an exceptionally generous person in Milwaukee understands the merits of putting such a good instrument into the hands of a gifted violinist—as it should be. However, if one were to set that Strad by itself on the center of the stage, the absolute best that that instrument could muster would be a transcription of John Cage’s 4’33’’. In order for a great instrument to sound good, it takes a highly qualified performer to make it happen. I bring this up out of respect for Almond, who is a damned fine violinist and would still be a damned fine violinist whether he played a multimillion-dollar Stradivarius, a several-hundred-thousand-dollar Vuillaume, or a thirty-thousand-dollar Needham. Maybe a small handful of people in Milwaukee would be able to tell in a blind test if Almond were playing a different instrument. The instrument is just a tool, and it is the artist who makes it sing.

Having said that, for me, the highlight of Monday evening’s Frankly Music concert at St. Paul’s Episcopal Church was the Chaconne from Partita in D Minor for Solo Violin, BWV 1004, played with great thoughtfulness and warmth by Almond. Bach’s partitas and sonatas for the solo violin are jewels in the crown of the violin repertoire, and this Chaconne is an exceptional example of Bach’s gifts. Almond gave the piece room to breathe, and, in spite of the many challenges inherent in this work, gave us all the impression that he was the master of his instrument. Good intonation, rich variety in sounds, technical confidence, and a particularly compelling, softer dynamic range made Almond’s performance memorable.

The entire first half of the concert was devoted to J. S. Bach. Almond wisely stepped away from his usual talk-and-play format and let a few program notes and the music speak for itself. Bach is the foundation of the glories of the music of Western civilization; one does not need to be an egghead to grasp Bach’s profundity. The concert opened with the Brandenburg Concerto No. 3, BWV 1048, a work everyone has heard before somewhere. It is an integral part of classical music’s Top 40 and has been consciously quoted by Igor Stravinsky and repeatedly co-opted by the jazz world. It is impossible to resist the sparkle and joy of this composition.

Almond was joined by Milwaukee Symphony violinist Ilana Setapen, guest violinist Mario Gotoh, guest violists James VanValkenburg and Caroline Coade, MSO violinist Margot Schwartz (playing viola), guest cellist Edward Arron, MSO cellists Peter J. Thomas and Peter Szczepanek, MSO bassist Andrew Raciti, and harpsichordist Patricia Lee. The ensemble set the chapel aglow with energy and virtuosity. Each artist played an important solo role in this brilliant concerto, and each solo moment stood out as dazzling as the next. Almond set a breakneck pace in the Allegro, and the group flew along willingly. Along with Almond, Setapen and Gotoh contributed polish, virtuosity, and musical bling. Perhaps I am addicted to a certain register for sound, but I found the violas to be astonishingly good: VanValkenburg, Coade, and Schwartz added depth to the sound and electricity to the ensemble. After a two-chord second movement with tasteful harpsichord filigree, the Presto left the gate at a breathless pace, giving the audience a thrilling ride. 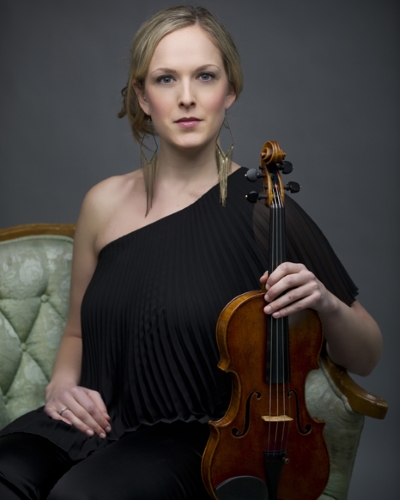 The next work, selections from the Art of the Fugue, BWV 1080, demonstrated a chronological development of Bach’s genius for growing the contrapuntal complexity of a theme without obscuring it entirely. The pace of each movement remained familiar as Almond, Gotoh, Coade, and Arron used dynamic contrast and tone color to give variety to Bach’s thematic and rhythmic variation in the five Contrapuncti, the Canon—exceptionally well delivered by Almond and Arron—and the Chorale. These were delightful examples plucked from a larger body of fugues and, except for an occasionally unsettling front-of-the-beat insistence from Arron, were beautifully performed.

After the intermission, Almond, Gotoh, VanValkenburg, Coade, and Arron convened for the Brahms String Quintet in G, Op. 111. The Allegro non troppo opens with a theme strongly suggestive of Richard Strauss. Here Arron’s passion and energy were a gift to the listener, and his lustrous sound and dramatic flair sent the quintet on its way with verve and pop. Violists VanValkenburg and Coade played with brilliantly matched expression and a single-malted smoothness that made the room glow. The stirring development section validated Almond’s assertion that this work was Brahms at his most virile. The quintet gave a nicely balanced effort in the elegant Adagio, performing warm pianissimo and piano dynamics and impassioned fortes and fortissimos with no voice sticking out or getting lost. In the sweetly bucolic Un poco allegretto, the ensemble discreetly disguised the beat, giving the Ländler feel a floating quality. Again the two violas were particularly compelling. The final Vivace shimmered with vitality and skill, and the coda raced to the end for a completely satisfying reading. Bravo to all for a beautiful evening of Bach and Brahms.