TV on the Radio Lives Up to Hype

Sell-out crowd at Pabst gets to hear a great mix of its old and new songs.

TV on the Radio. Photo by Sara Bill.

My girlfriend moved to New York City shortly after 9/11. She dove into the music scene and saw the rise of Interpol, the Yeah Yeah Yeahs and The Strokes. From her perspective, no band hit it big faster than TV on the Radio. A friend introduced her to their EP Young Liars (2003) and she immediately loved it. She remembers their multi-instrumentalist/vocalist Kyp Malone was a barista at a coffee shop on Bedford Avenue at the time. But when the next TV on the Radio show rolled around, at Southpaw in Park Slope, Brooklyn, the line was around the block and she couldn’t get in.

For last night’s performance by TV on the Radio at the Pabst Theater there were no fans lining Water Street, but the show had been sold-out for weeks. It was one of the most anticipated concerts of the year, with almost all local publications picking it as their go-to show of the week. The Brooklyn-based band has been a media darling from the beginning and after seeing the group for the first time, I can’t help but toe the party line. But I also can’t pretend to be a diehard TVOTR fan; I only really got into Return To Cookie Mountain (2006), back when I was a college radio DJ in Minneapolis.

When I lived in Montreal I used to visit one of my best friends in Brooklyn about three times a year. On every visit I swear I saw Malone walking the streets. He is a staple of the borough, so much so that the ladies of Broad City were compelled to include him in the latest season of their hit Comedy Central show. Malone and his signature frosted beard was always at stage right during the band’s set at the Pabst.

Before the headliners took the stage a three-piece called Nostalghia sauntered out amid plumes of smoke. Their look reminded me of Hundred Waters, who opened for Interpol back in November, but the comparison ended at the young female vocalist. Nostalghia had hints of The Cure, Nine Inch Nails, and Bjork. I heard some people around us compare their singer, Ciscandra Nostalghia, to Karen O. of the Yeah Yeah Yeahs. It was a dark sound for sure, backed by an electronic cello and a drummer/keyboardist. When the songs put the spotlight on Nostalghia’s singing the band won the crowd over, but otherwise there was a lot of murmuring.

After a lengthy break the boys from Brooklyn entered to a spirited applause and almost everyone in the building rose to their feet. I’m not sure what song kicked off their set, but it reminded me of Pink Floyd. (Maybe I’m just super excited for the Brit Floyd show on Thursday.) I was wondering if they would bring any horns, and the answer was yes, a trombone. I wasn’t familiar with the first few songs, but someone behind me said, “They’re running through the hits.” At the same time my girlfriend pointed out that they hadn’t played anything old, but the band has five albums, and she tends to like the first few.

Near the middle of the their set TVOTR launched into “Wolf Like Me,” off Return to Cookie Mountain, and my one album obsession was validated. The crowd went nuts. It was the high point of the set. But then again, a few tracks back they played a feel good acoustic jam called “Trouble” off their new album Seeds and that was pretty excellent. It has a tricky line about it being the end of the show, but it was not so, they rocked for a while after that one. During the encore they mentioned their interview/DJ session at Radio Milwaukee earlier that day, which they described as “The most fun we’ve had in a long time.”

My girlfriend and I didn’t think TVOTR would play her favorite song, the single off their debut EP, but we would be wrong. They still keep some of the old tunes around, they aren’t leaving that behind, not at all. TVOTR closed the night with “Staring at the Sun,” and it was totally awesome.

TV on the Radio 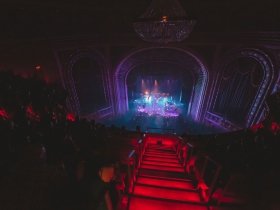 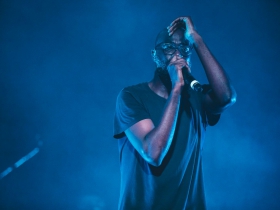 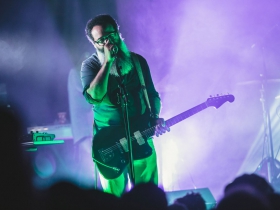 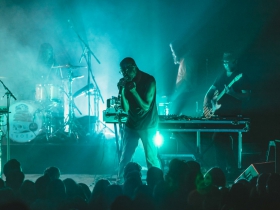 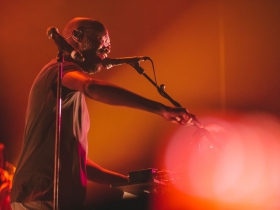 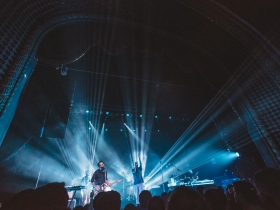 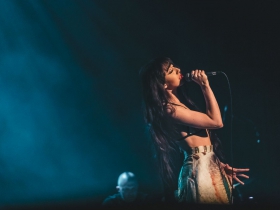 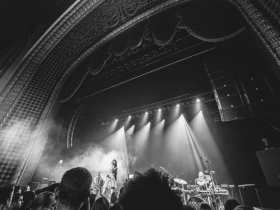 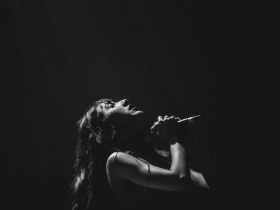