Waters have dropped from nearly 90% to just 55% ice cover, with Lake Michigan leading the way. 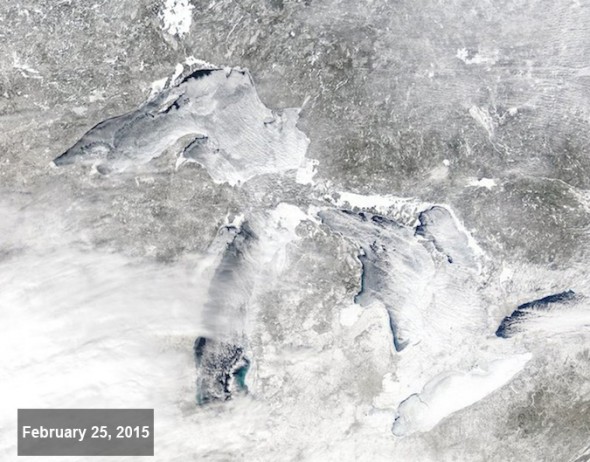 As spring settles in, the Great Lakes ice is in retreat.

When Echo last reported ice coverage on Feb 26, coverage neared 90 percent among the lakes. And earlier this month, it remained at 80 percent.

Now the ice dips below 55 percent coverage, and Lake Michigan has the longest stretch of waters with no ice cover.

This week’s forecast hovers around historic average temperatures in the region, some above and some below freezing.

The fate of lake ice continues to depend on daily temperature changes and wind, or lack of wind.

Notice how the ice has not only thinned and melted, but the adjacent landscape begins to change as snow cover and streams give way to flowing water.

Last year it was not until June that the Great Lakes were completely free of ice. 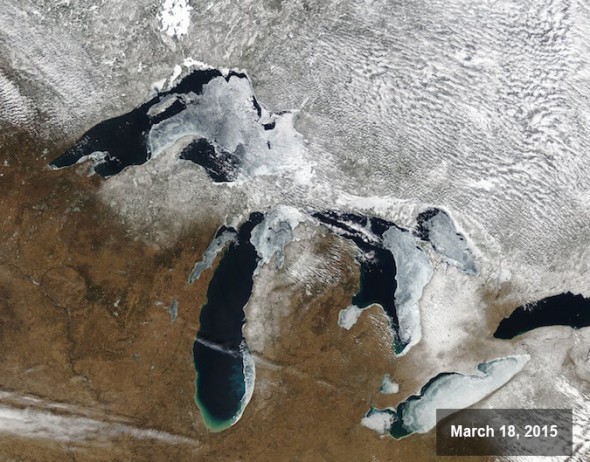 The warming trend Leshkevich noted from mid to late February last year, comes late this year. But that doesn’t mean it hasn’t made an impact on the 40 years of record.

This is the second consecutive year Great Lakes ice cover has peaked above 80 percent.

“I don’t remember seeing two severe years like this. Many times you’ll have two or three mild to normal years and then a more severe year. But the past two years have been severe, record-breaking even and controlled by weather patterns in our area,” Leshkevich said.