The Sacrifice of Our Veterans

We can admire those bicyclists who do endurance races, but the bravery of our veterans puts all that into sober perspective.

By Dave Schlabowske, Bike Federation of Wisconsin - Nov 15th, 2013 10:35 am
Get a daily rundown of the top stories on Urban Milwaukee

Most days my commute on the Hank Aaron State Trail takes me past Wood National Cemetery and the Clement J. Zablocki VA Medical Center in Milwaukee. Even on a typical day, it is impossible to pass by more than 38,000 headstones without taking a moment to think about the sacrifices our veterans have made. On Veterans Day, I took a moment to stop and pay my respects to my grandfather, who is buried there. 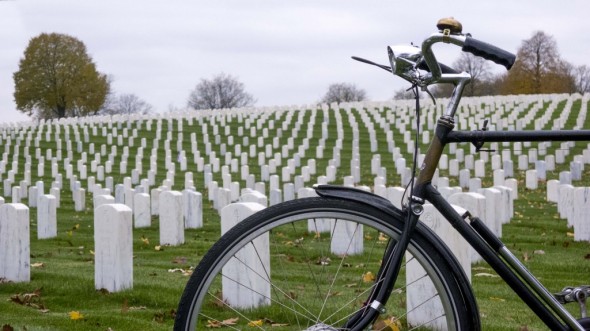 Originally known only as Soldiers Home Cemetery, more than 38,000 veterans are interned at Wood National Cemetery. It wasn’t until 1937 the name was changed to honor Gen. George Wood, a longtime member of the Soldiers’ Home’s Board of Managers. It became a national cemetery in 1973. 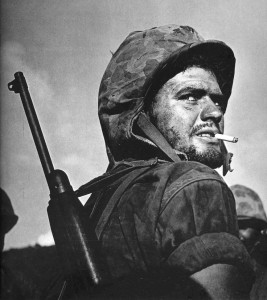 The Greek face of the US Marine Corps: Sgt Angelo Spiros Klonis during the Battle of Saipan. One of the iconic images of WWII by famed photographer W. Eugene Smith, it was a LIFE magazine cover and, in 2002, a US postal stamp.

With national interests around the globe, and a world strewn with conflict, many of our nation’s sons and daughters in the armed forces find themselves in harm’s way in far off lands. We thank them all for their service and wish them a safe tour of duty.

As I stood over 50 acres of headstones, I thought about the meaning of real sacrifice in our modern world. I wonder if humans have an innate need for struggle, and those of us who have office jobs, weekends off and central heating look to sport to fill that need to overcome challenges. For most of history, work meant back-breaking labor in the field or in a factory.  At the end of a day of labor, people were naturally exhausted. Today many of commute to work by bike to fit some exercise into our work day or go for a ride after we get home. “Weekend Warriors” even pay money to add suffering and risk to their lives at bike races.

Take for example the title of our recently published book about the USA Cycling Cyclocross Nationals in Verona last January: Endure. Not to diminish the effort and strength required to endure the epic Wisconsin’s winter weather mother nature threw at the racers at the Nationals, but that suffering is a luxury we can afford treat ourselves to because our lives have gotten easier. You won’t find a big bike race series in most Third World countries. 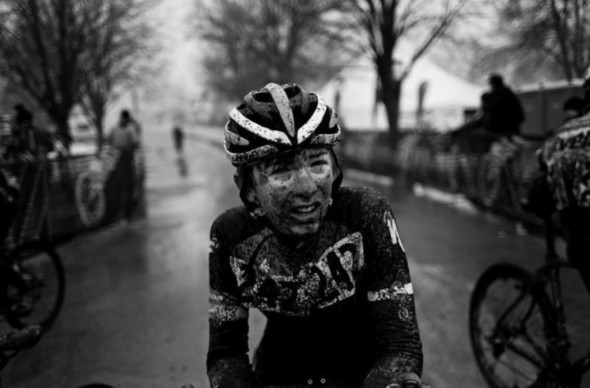 This photograph from book Endure shows a racer who is honestly cold, wet, and exhausted, but unlike in racing, real human suffering doesn’t end after a bell lap. It remains a compelling image, but I this decisive moment in racing doesn’t compare to the human suffering photographer Darren Hauck sees in the Third World countries he works in.

Even without enlisting in the armed services, there are still others who understand honest struggle in our post-industrial world. Police officers risk their lives on the streets and firefighters run into burning buildings. It is telling that while millions of people watch Survivor and other so-called ”reality” television shows, to get their adventure fix without ever leaving the comfort of their recliners, every day teachers in Milwaukee Public Schools face extremely difficult challenges, both physical and emotional, that affect the lives of real children and their families.

Please don’t take offense if you are a fan of Survivor; hey, I take photographs and write about cycling for a living. But I think it is important to put struggle and sacrifice in perspective on Veterans Day.