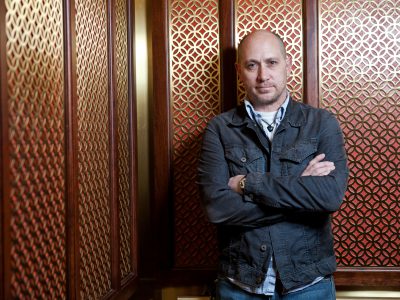 Pabst CEO on Biden’s Visit to the Theater

Gary Witt discusses preparing for the presidential visit, running an event venue during the COVID-19 pandemic.

The Pabst Brewing Complex Originally uploaded by compujeramey Jim Haertel, president of Brew City Redevelopment Group LLC, is excited to finally see his dream coming to fruition. Haertel, who I’ve mentioned before owns a group of former Pabst brewery office buildings that are part of the complex that Joseph Zilber is redeveloping. Haertel is a name many in Milwaukee may remember as one of the leaders behind the original plans to turn the brewery in PabstCity, a nightlife and entertainment district. That plan ultimately died as a result of the Common Council not giving Wispark public money to develop the area, because of concerns of its long-term viability. Haertel was promised the Blue Ribbon Hall office buildings as part of the deal with his financing partner Wispark LLC. He was given the buildings by Wispark upon their sale of the complex to Zilber and his Brewery Project LLC, and just recently in December settled a lawsuit with Wispark. Terms of the settlement weren’t released, and I haven’t heard rumor of what they might be. Development is moving at a fast pace at the complex now (pictures coming soon). Fulfilling Haertel’s dream for the site, Blue Ribbon Hall and the surrounding office buildings will turn into the Museum of Beer and Brewing and Hofbrauhaus Milwaukee. Construction will begin next year, and everything will open in February of 2010. The reason for the delay? Haertel wants to wait for construction across Juneau Avenue to finish. The buildings just across the street (former keg houses) are being removed and replaced with a parking garage (more on that later). Personally, I’m excited about the long-term prospects for this area. I really think overall there are a lot of really good things going on over at The Brewery.  Early developments such as the Hofbrauhaus are going to set a great tone for the surrounding area developments still to come.

Links from the Milwaukee-informationsphere Mary Louise Schumacher is yet another art person doesn’t think it’s a good idea to build a recognizable landmark that will increase pedestrian traffic in downtown Milwaukee. Hofbrauhaus Milwaukee, a proposed German beer hall and restaurant, is likely coming next The Brewery development at the old Pabst brewery in Blue Ribbon Hall after the settlement of a lawsuit involving Brew City Redevelopment LLC with the complex’s former owners, WisPark LLC. The article makes no mention of the existing Old German Beer Hall and how urban Milwaukee is delightfully reinventing itself more in the fashion of a city like Munich, Germany. Robert Kern, of Generac fame and fortune, is powering a change in the way the state handles engineering education through his foundation (Kern Family Foundation). Two urban Milwaukee schools are at the center of this in MSOE and Marquette, through the recruitment of Project Lead the Way students form high schools and their participation in KEEN (Kern Entrepreneurship Education Network). Urban Milwaukee would like to applaud the efforts of Robert Kern for his visionary leadership in truly investing in the future of Milwaukee, Wisconsin, and the entire Fresh Coast economy and education system. The Journal Sentinel takes a look at how you can reduce your power consumption and what effects it will have. Absolutely worth your time to read. Dave Reid takes a look at the Kane Commons development and gives us a construction update of the Breakwater Condos and The Residences on Water.