A total of 31 laptop computers have been stolen from Madison Area Technical College since the start of 2009, said Jim Bottoni, chief of security for the college’s district.

Bottoni said the estimated replacement value is $1,300 per laptop, meaning thieves have stolen more than $40,000 worth of computers from MATC since January. Only two of the reported missing or stolen laptops were owned by students, said Bottoni, with the other 29 being owned by the MATC district.

“For the most part, these are not students who are being careless,” said Bottoni. “We’ve hammered very hard with our students, because that’s who we’re serving, about how to secure their property. But unfortunately some of our employees are not as conscious.”

Perhaps they should start making employees pay for the stolen laptops if the employee failed to secure it.  That should encourage them to practice some common sense security precautions.

Categories: News & Views, News to You 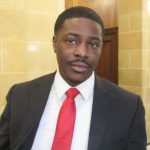